Well I have been waiting for RideCycleSpin and TeamColin to post their review so I would have some material to plagiarize but here goes anyways.

The ParisToAncaster (P2A) is an iconic race all on it's own.  One of, if not THEE, biggest bike races in Canada; 24 years old, it has become a spring classic.  Nearly 3000 racers on 70 kms of varied surfaces, (road, gravel, single track, double track, mud, mud, mud) making one wonder which bike is the right choice...cyclocross, hybrid, mountain bike, fatbike.  With no bike defined categories you pick your weapon and take your chances.  (There is a 40 km version of the race that has a fatbike category.)

The other thing that adds to the iconicity (yes, iconicity is a werd, and I may even be using it in it's proper linguistic/grammatic context...maybe), is the weather.  It is kinda "like a box of choklits...".  Anyways, in the years that I have been doing this race (since 2009) there may have been one year that the weather was 'normal'...(2016??).  Otherwise, the weather is almost always some near catastrophic extreme.

And this year did not disappoint.

When I woke up at 4am on race day, there was lightning, booming thunder, and the howling of a million wind demons.  In fact steady winds of 40kph, gusting to over 60kph throughout the day.  And the days of torrential rain leading up to race day were not promising (in fact nearly 5kms of course had to be re-routed/removed due to impassible mudness...OK, not sure if 'mudness' is a werd...).  And to think I had come so close to not doing this race.

It's not the kind of race that I am good at.  I consider myself an endurance mountain biker (I didn't say a good one...); soloing 6, 8, and 24 hour races.  So, 2+ hours of intense redlining is not really what I train for.  And the start of this race scares the bejeezuz out of me...the full out sprint among a tight crowd of racers over a loose graveled potholed road.  So I balked at registering long enough that the race sold out, and I thought, "Hah!  So there!"  Then when my friend (...friend!!???) ChrisB, said that he had registered but could not attend due to family/work/something-I-don't-remember commitments, and that his registration was available...I took it.  So the P2A is not really my kind of race, but it is a challenge; and a very worthy one...always a very tough go, which was enough to get me to the start line once again.

As every year for the past 8 years, Lois drove me to and dropped me off at the start line....then drove to meet me at the finish.  This year on the drive out at 4 degrees Celsius, rain spattered the windshield, and unfathomable winds buffeted the truck all over the highway.  Lois said something like, "Why are you racing in this???"  I really didn't have an answer...why was I???  Just because, I guess...it's what I do.  It was Chuck Norris worthy. 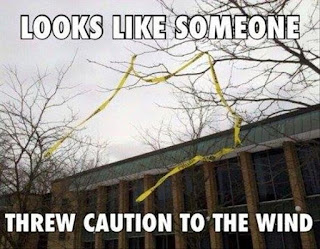 So, after getting the bike ready, getting geared up for the cold and wind, saying 'Hi' to so many familiar faces (PinoyRyder, Arlie, many of the Lapdogs, my TrueGrit teammates); then attempt to get a proper warm up in in the intense wind.  Then I sidled into the start paddock alongside teammate MarkR, who was trying to keep JennR (his wife) in sight.  Jenn had qualified for the elite wave (she is smokin' fast!!), and was in the paddock just ahead of us.

Then waiting for the call-ups...then finally the start gun...and we were off.  I am the epitome of the poor starter...slow.  But this time I had a surprisingly great start...probably my best start ever!!  Good enough that I stayed out of the danger crowd through the loose gravelly potholed start...then into the single track.  There were Mark and Jenn just ahead, 10 to 12 racers ahead of me.  I fought to keep them in sight....hoping to catch them and ride with them at some point.  Then the sharp right turn off the rail trail, up the steep, loose, rocky climb...onto the farm/fire road.  And now directly into the so nasty headwind.  Mark and Jenn still in sight...I kept pushing...but my heart rate was through the roof...holding at 163-164...which is huge for me.

And at about the 8.5km mark, I felt the effort getting to me.  I was starting to blow up...I had to ease off.  Jenn and Mark trailed off and I lost my group.  And I spent most of the race alone....into the nastiest of all nasty winds.  When out in the open it would be full effort to hold 10 - 15 kph.  I would continually get passed and try to hold on...but wasn't able. 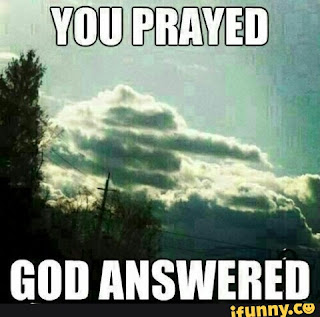 I struggle heartily for the next hour...through the muddy farm field...then the packed but jackhammered farm field that shook any remaining life out of you.  I struggled to power the bike through all of the mud sections, I didn't want to touch down and clog my cleats, but I don't know if that was the best idea....it sucked the life out of me.

Then, I actually caught a second wind (see what I did there??)...and was able to latch onto a group that included an Aussie from GravelCyclist, and another Aussie (I don't know so don't ask...) who was on a mountain bike, a couple of other male racers, and a female racer.  On my pull we turned down Sager road, made a right onto Howell road (gravel)...then a left into muddy single track.  The Aussie mtb-er quickly passed me in the mud, and I pushed to keep up to him.  So doing, we dropped our group.  The muddy single track came out at Hwy 5, then we made a right turn off the hwy back onto Sager road.  I caught back up to Aussie mtb, then through the farmyard, then the playground at the half way point...where thankfully, the organizers were handing out half packs of opened ClifBloks.  I appreciatively grabbed them and scarfed them down as we headed into the Harrisburg rail trail.

The Aussie mtb-er and I kept trading off....he would drop me on the muddy sections; I would catch him on the road and gravel.  Then it was into the looong, open stretch of rail trail....directly into the wind.  A fast group passed us, including the GravelCyclist Aussie, and a couple others from our midway group...and Aussie mtb-er latched on to them...but I couldn't hold.  I was alone again...on the long, open rail trail...into the wind.  And I was fighting off the urge to puke... 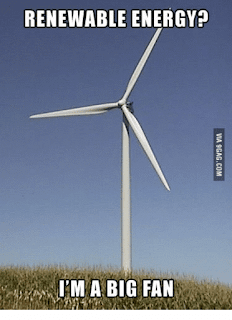 Not on this day!!


Near the end of the railtrail, where we turn left up the long driveway climb, the Aussie mtb-er was struggling, he couldn't hold the group and was starting to cramp.  Up the driveway he dropped off.  I was still fighting nausea.  Then onto hwy 52, then onto the nasty Mineral Springs road climb that summited in the open directly into the face of the howling wind.  I was struggling...just hoping to make it to the finish...dreading the Martin's road climb...

Then the mud chutes...both of which road easier than I ever remember them.  Especially the one that Hydro had bushwhacked.  Then there it was....the finishing climb up Martin's road...the muddy bits at the bottom....the loose gravel up the top half.  My heart rate screaming at 170, hoping not to vomit in front of the throng of fans cheering finishers up that hill...then the finish.  Lois was waiting for me...a little concerned as I spent the next half hour trying not to vomit.

This was a tough one for me.  Hurt me more than just about any other race.  I didn't beat the people I was hoping to catch.  In fact, one of my historical slowest times at this race...and some of the toughest conditions...combining the mud and the wind.  But it was a challenge conquered....barely.

Some had great a great day, despite conditions.
GunnarH won the day, again, defending his 2016 victory.
JennR beat Mark (sorry Mark, had to throw that in there...), and came in 9th of all women to again qualify for the elite wave next year.  See...smokin fast!! 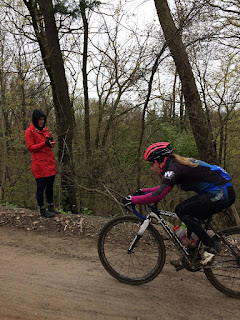 Jenn up the finishing hill 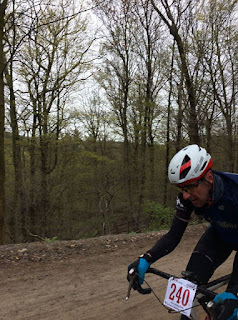 Mark, so far behind Jenn he barely made the pic frame....


IanS of Wolfpack racing has been training hard for Leadville this year, and it is paying off.  He broke the top 100, coming in 94th in this race, which is huge!!  (He is documenting his progress here.)
TrueGrit's Blaze took third in the 40k version of the race in his age cat.
TrueGrit's GrantSonOfSeth took 2nd in the 40k in his cat.  Nice work, dude!!
Miro took second in the 40k clydesdale cat.
JeffS, and SeanT (from BicycleWorks) took first and third in the 40k fatbike cat.

CHCH (the local tv station) has a great clip of the race (although they got the name of the race backwards!).  You can catch it here.  My Aussie mtb 'buddy' is featured in it near the end!!

It was good to see the ApexRacePhotography crew (Ted we missed you!!) out there taking pics again.  We are all waiting for them to come available!!

And once again, a very well organized event.  It just becomes more popular.  And many thanks have to be given to the volunteers that weathered the nasty conditions so that duffs like me can pursue a passion that doesn't always make sense. 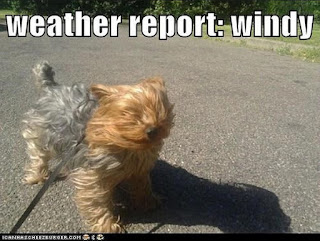 We were just all thankful it didn't rain during the race!!!