Update - No Races But Epic Rides!

Well, I have not done any races to report on, but it has been a little too long since my last post so I figured...time for an update.  Whether or not no one other than Putin or Trudeau read this to figure out what's happening in this country, I enjoy writing it...so here's an update of sorts. 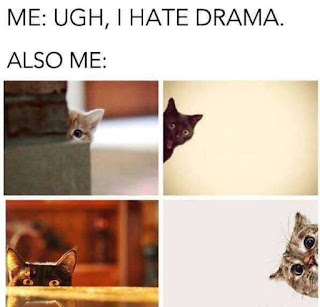 Anyways now weather and trail conditions have changed significantly...what a difference a couple of weeks can make!!

I may have missed a fatbike race or three, but I have still been riding quite a bit.  With MTB and gravel race seasons right around the corner I've been working to get into some semblance of race shape.  I'm still working on getting the injury time-winter laziness-not racing last season fat weight off...and it's going away....slowly. 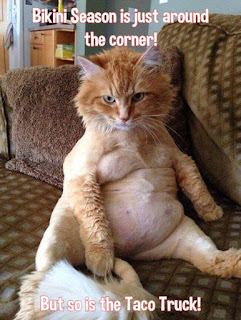 I dropped from close to 220 lbs down to under 200 then stalled.  It took some time to figure out what would get the fat burn machine working again, but a tweak or two to my nutrition plan and a focus on more endurance riding has got me leaning out again...now down under 195 and dropping. 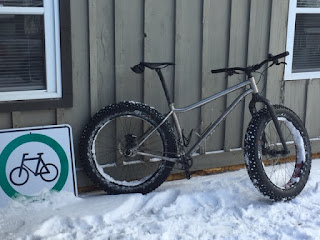 I've been riding a single speed fatbike for most of the winter...with the occasional opportunity to ride a studded 29er on icy trail days...but since the weather has turned its been (over the last two to three weeks) mostly road and gravel riding on a CX/adventure style bike (a Kona RoveTi). 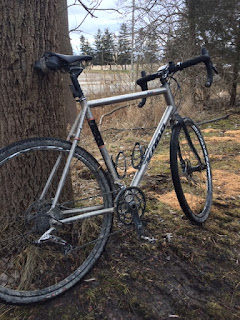 And I'm very fortunate to have a great circle of mountain bike friends drag me out at paces and distances that push me to be better!  We started the gravel season with 50-85km rides...then 100+km rides...then Jenn said, "Hey, let's do a 200km ride!"  So that's what we did this past Sunday.

Jenn, PowerPaul, Seth, Jonny, and moi left my house shortly after 8am, and headed west...into what seems to be a permanent headwind in these parts.  We rode pavement into the gravel of Sulphur Springs Road, Mineral Springs Road, and Slote Road.  This gravel had ocassional packed spots, with mostly spots that looked packed but was just soft enough to be energy sucking sponginess.

Then we headed southwest through a mix of pavement and gravel into Brantford where, at about the 50km mark, our first re-watering stop was at BicycleWorksPaul's farm... 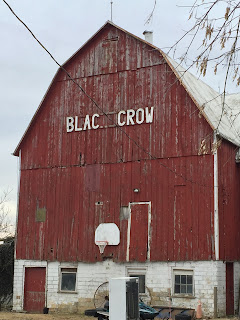 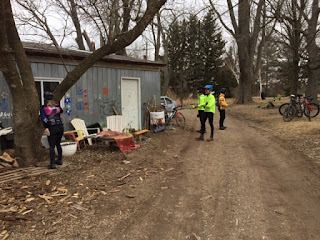 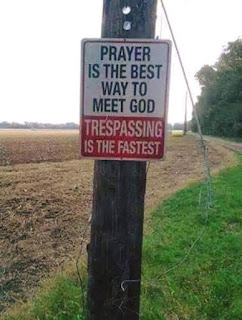 Then we snaked our way north, onto some of the Hamilton-Burlington railtrail (that was mix of rough, hiker created, post holing and sketchy slick top mud), up through Harrisburgh onto the gravel of Howell Rd, Burt Rd, Glen Morris Rd, and Lockie Rd.  All of the gravel was a challenging mix of hardpack, soft sponge, and thick rocky gravel where the municipalities had attempted to cover icy sections in the winter.  It all made for a fun but challenging ride! 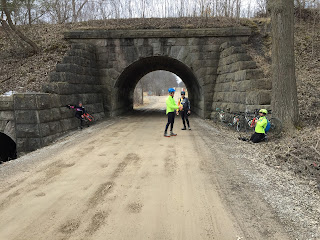 A cool spot to stop and stretch 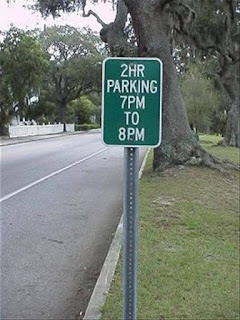 After a series of steep, short, rolling hills our second stop came at about the 130km mark at 97 General Store (on 97 County Road near Valens Conservation area), which specializes in selling Dee's buttertarts....which we gorged on to fuel our ride. 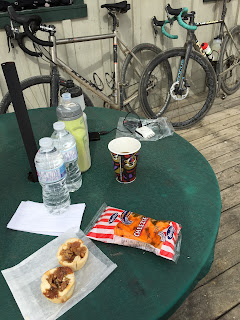 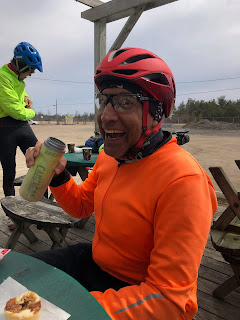 Then we headed north and East riding the gravel Sideroads from near Puslinch/TwinPonds mountain bike trail system (North of the small town of Clyde) towards and across Highway 6, where after a quick stop at the natural spring water of Maddaugh springs for water refills, over the gnarley hill of 14 Sideroad, we rode into Moffat at about the 155km mark for our final stop at Dar's...for, yes...another buttertart specialty spot!! 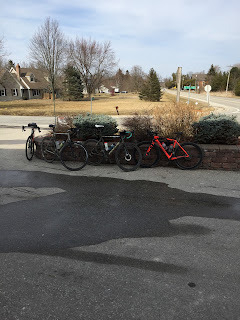 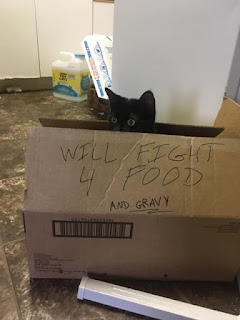 Then we headed south on First Line Rd, up the Cedar Springs Rd/Britannia Rd climb...cuz Jenn said we had to (Dammit that is a nasty hill after 180kms!!!).  Then we headed east, back into the headwind...Seth setting a blazing pace over 30kph into the headwind for the last 20kms...the rest of us struggling to hold on.

So, first 200km ride of the season under our belts.  I'm still feeling it two days later...but great training for the upcoming endurance races...and just plain fun with great friends.  8 hours of riding/pushing each other...nobody whining...much...out loud (I may have cried inside every time Jenn said 'let's do another hill'...).  I didn't get us lost...well maybe a little, but not for long.  And plenty of fun, challenging gravel!!

Something a little different this coming weekend... 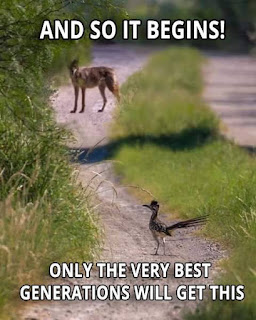