All in all this was a good race; fun, yet one of the toughest 8 hr courses in a while.  It started with Me, NewfieSteve (who was soloing), and CptSydor (who was tag teaming with VV) taking a pre-race day practice lap.  (We camped out over the weekend). 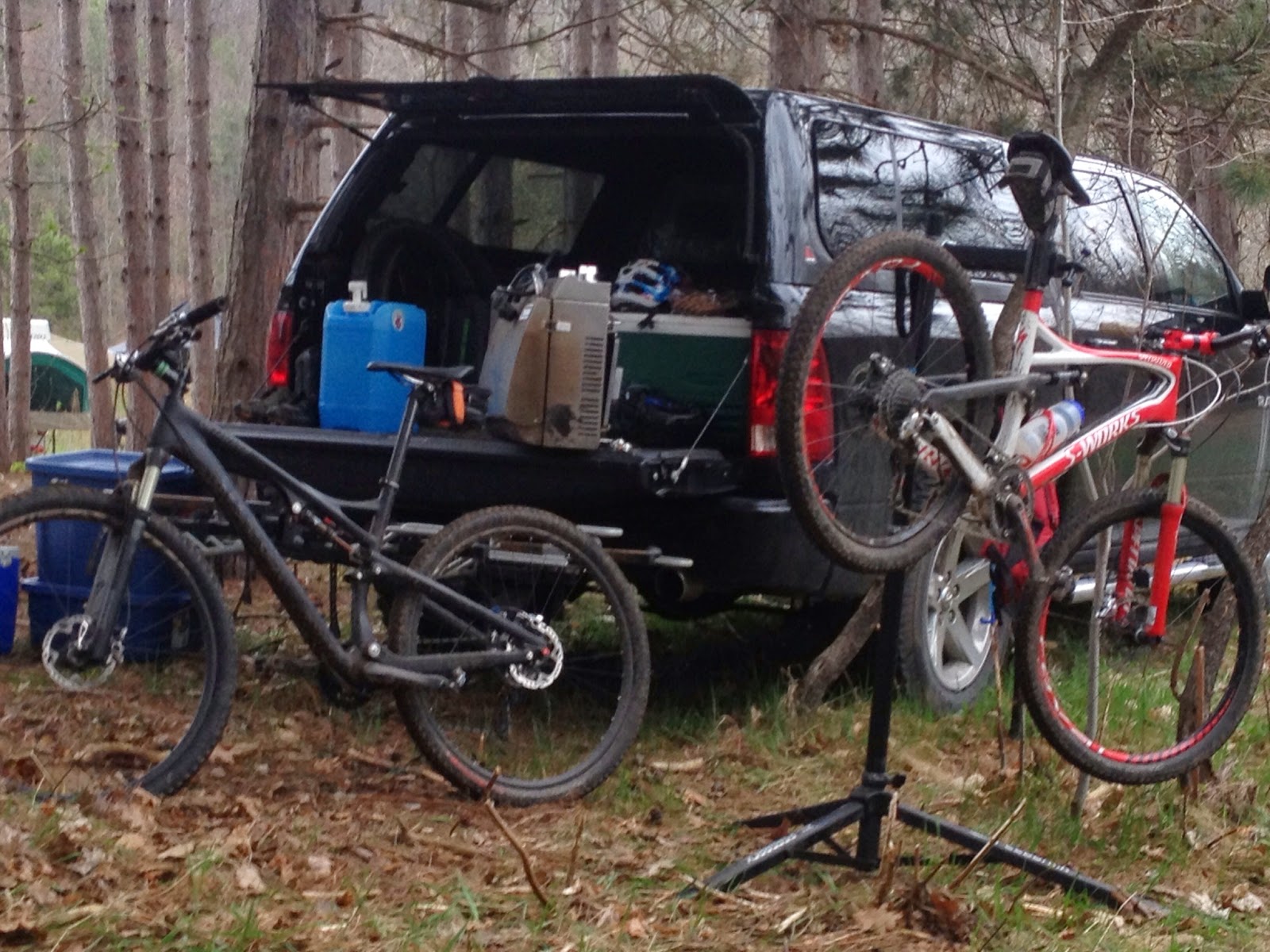 The practice lap proved to show a fun, but very tough course (by 8 hr standards), there was the start climb, a looong sandy double-track climb, there were numerous false flats, a couple of brutal single-track climbs (especially when you have to look forward to them several times over the course of the day), a long glorious double-track descent, and several gnarly-rooted, pitted, single-track descents that ended with sharp loose sandy curves (great for washing out on!).  It was great to pre-ride to know the course and tell other team members what to expect. 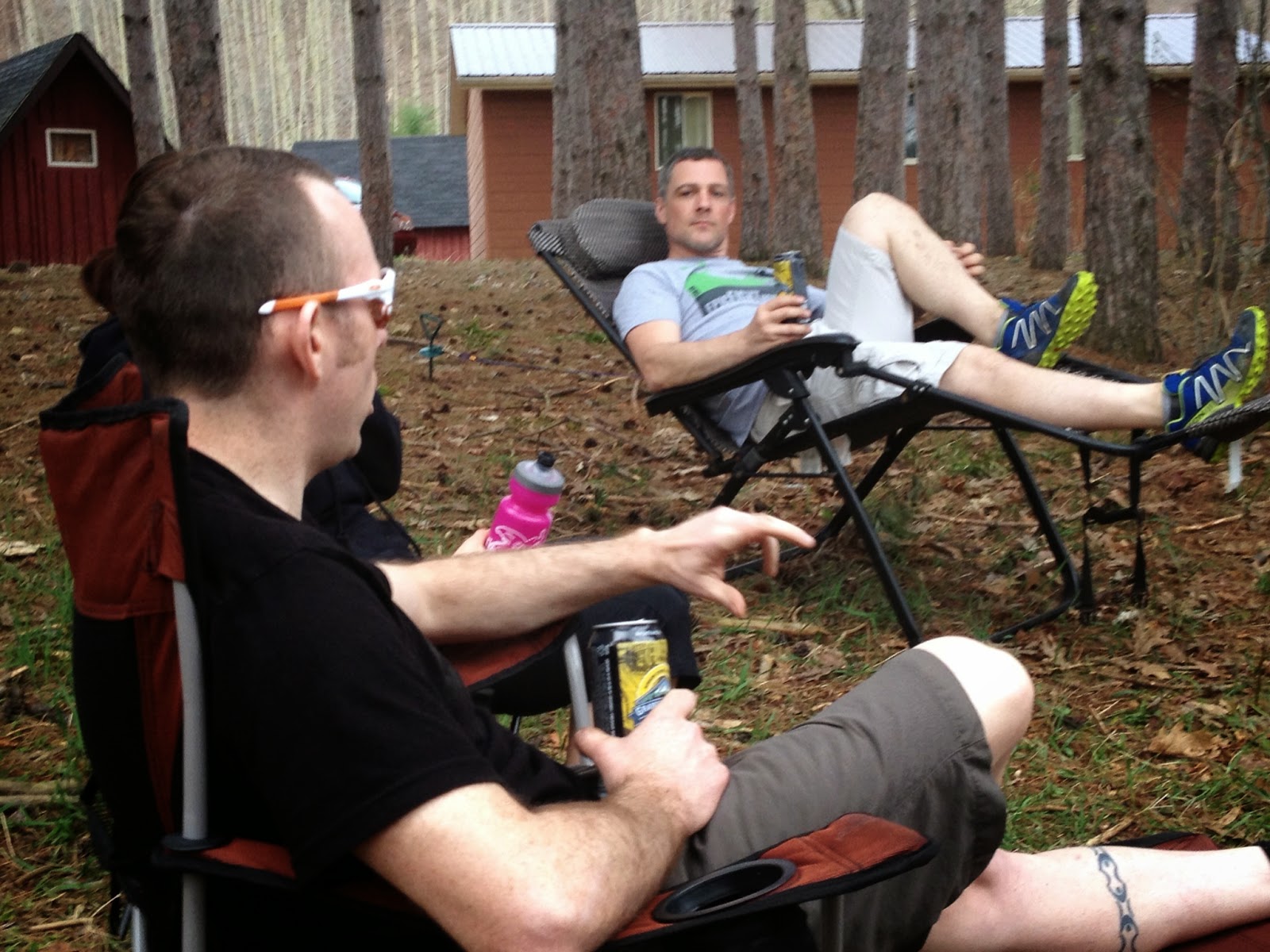 Overnight there was an ear shattering thunderstorm (especially whey you are camping in a two-man tent; yes I need a two man tent...more on my weight issues later...), that dumped a load of rain.  What effect did the rain have?  Well it actually packed the sand down nicely, reducing the fear of washing out; but it also made the roots slippery, especially on the descents.

So then came race day.  The Rock & Road crew set up their race pit where we had reserved the spot the night before.  They graciously allowed me (in my BicicycleWorks jersey) to share their pit as Fig (who races for Rock & Road) was my two-man team teammate.  And since NewfieSteve (BW jersey) was with us...then Giant showed up...and Martin in his BW jersey invited himself into the R & R pit.  There was a little grumbling from the R&R crew that BW was taking over their pit...but it was all good...I think... 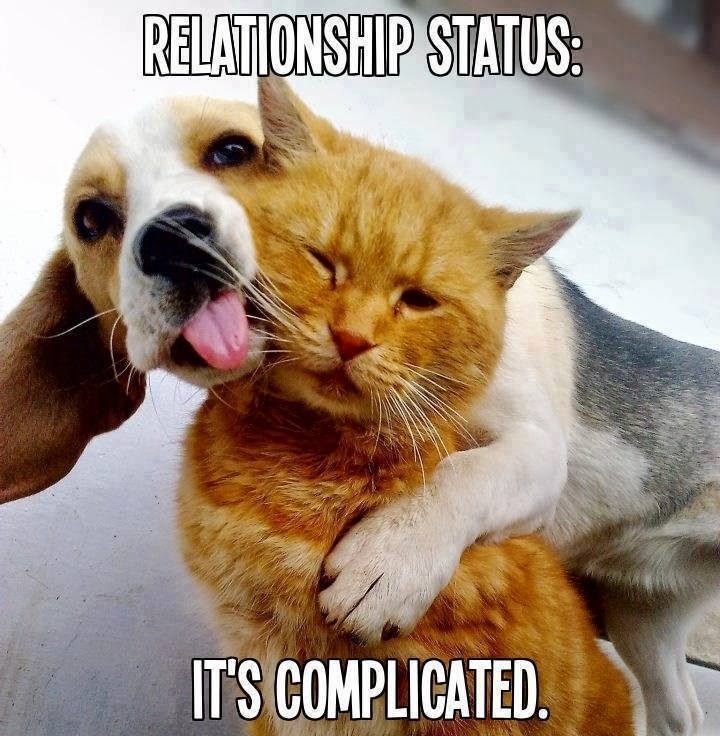 Luckily this was the only guy who wanted to fight... 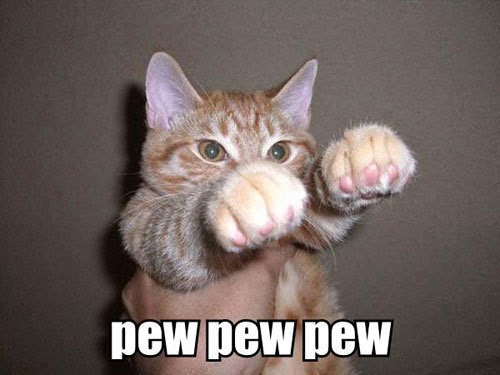 Anyways, the only thing missing was EnglishJim who was away on business (who goes to Copenhagen for business besides snuff salespeople???).  Well, at least we didn't have to deal with his naked arse in the parking lot.  EnglishJim thinks he looks like this when he's changing... 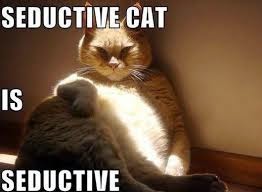 But in reality, this is the effect... 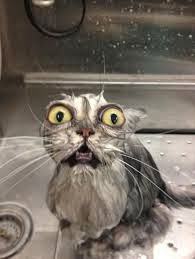 The race day weather proved to be ideal.  Not too warm, not too cool....and sunny.  However, the perfect weather mixed with the pre-race jitters, kind of has this effect on many racers... 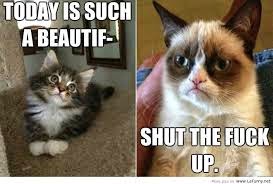 Anyways, the race started right on time at 10am.  Over 250 riders starting lap one, and Fig was one of them for team Riot & Fig.  Fig finished his lap in stellar time...and handed me the timing chip in the transition area...and off I went.  I had a rather uneventful (other than the course was crowded with riders) first lap, then came to the transition area...but there was no Fig waiting for me...which was confusing since he knew I was there.  (The race course went directly by our pit 5 minutes from the finish...and he had seen me go by.  And I was travelling a little less than the speed of light, so I was clearly visible.)

I called his name several times...then actually screamed it a couple of times, thinking perhaps he was taking time in the nearby porta-potties.  Still no sign of him.  My buddy Spinner was standing in the transition area (with his son who was racing) and caught a pick of me calling for Fig. 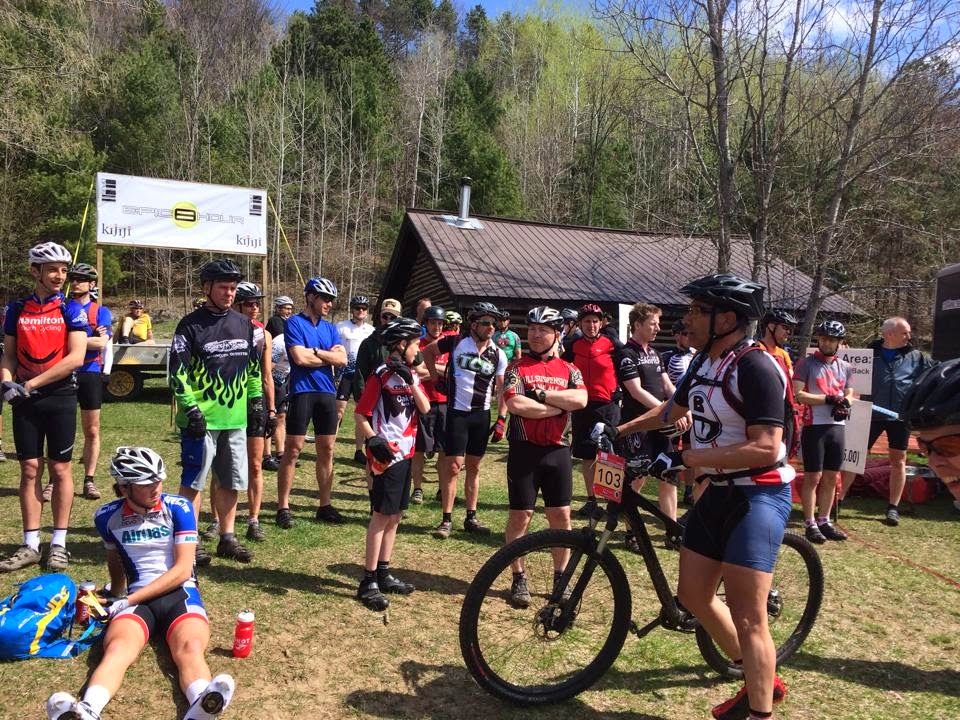 Then a short video as I screamed out...

As you can tell from the video, I was stuffing the timing chip back in my shorts, to pull a double lap in Fig's absence.  As I ran my bike through the transition area, there was Fig chatting with some female racer, completely oblivious to  the world.  With some choice words I don't remember I handed him the chip, and off he went to blast our fastest lap time of the day.  Some motivation maybe?  Actually Fig is in mid-season form and was much faster than me all day.  I am still heavy (somewhat to plan)...planning to peak and maintain in time for the 24 hr Summer Solstice, The Eager Beaver 100 miler, and the Crank the Shield 3 day stage race.

Other finishers of note:

Blaze and Saywell each solo'd 11 laps....I will let them tell you which one completed 11 faster.  Blaze will say that he was encumbered by an extended porta-pottie visit mid race due to gut rot issues.  His description of the incident was way more TMI than this... 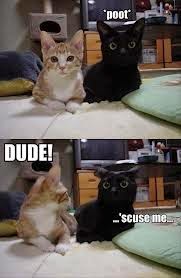 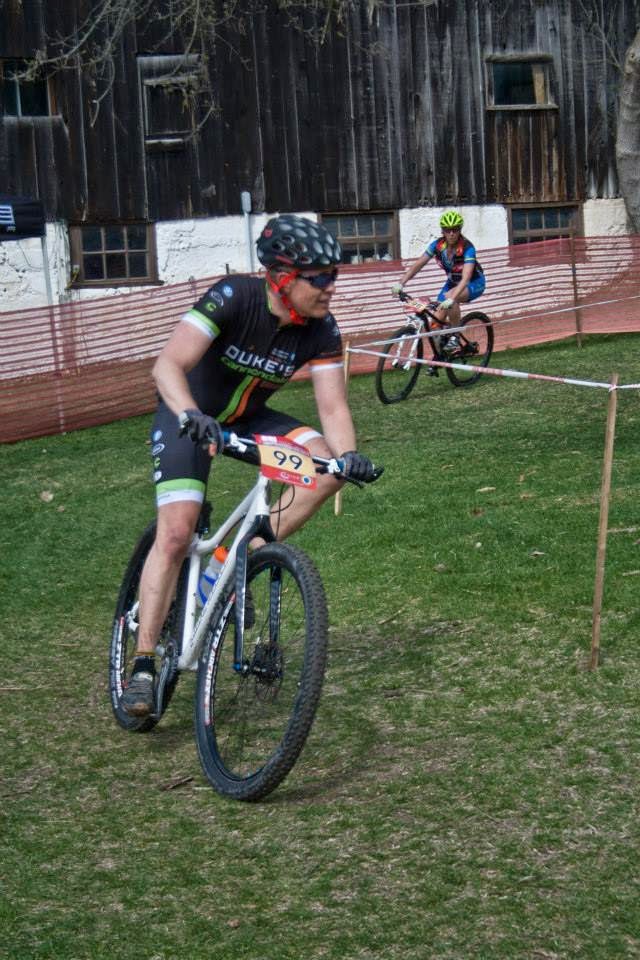 CptSydor, and VV tag-teamed 10 laps which was awesome considering they are both still recovering from 10 consecutive days of the flu.
CptSydor Race Pic 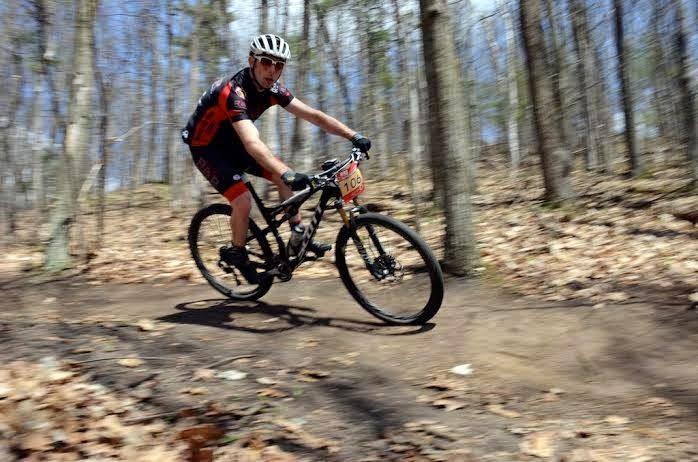 Giant solo'd to 10 laps; great for his firs 8 hr solo...especially considering he quit 2 hours before the finish!

NewfieSteve picked up a stick and crashed out on his 4th lap...about 2 hours in.  He picked up a stick on one of the rooty descents...it completely locked up his drivetrain and shattered his rear derailleur cage... and sent him over the bars in spectacular fashion.  Luckily only his bike was damaged.

Oggie captained a 4 man team to 1st place in their category.  Well done!!  (The favorites in their category actually crashed out with a broken collar bone in the first lap...remember those slippery roots on the descents?)

Bob and Ross came in 2nd place to Oggies team in the same category.  Again...well done!!

So that's the first 8 hour race of the season in the books!  What we waited all winter for!

But, not much time to recover...Dan of Substances's Long Sock Classic XC Marathon race in this coming weekend...in Ganaraska; another challenging course.  Hopefully anyone solid enough to do the 8 hour will come out to challenge this race as well.