The Steaming Nostril - The Race Report

Perhaps the proper name should be 'The Frozen Nostril'...or 'The Steaming Urine' (from the experience of using a frozen porta-potty)...point is...it was COLD!!!

It was -12 C for the start of the race.  Lois the chauffeur for Fig and I pulled us into the parking lot early...and the usual suspects wandered in.  Giant, EnglishJim, CptSydor, VVagabond, Unglued, DanOfSubstance, Tim, John.  Actually I believe there were plenty of no-shows due to the weather.

Me and Fig pre-race...at least I think it's Fig...could be Marvin the Martian??? 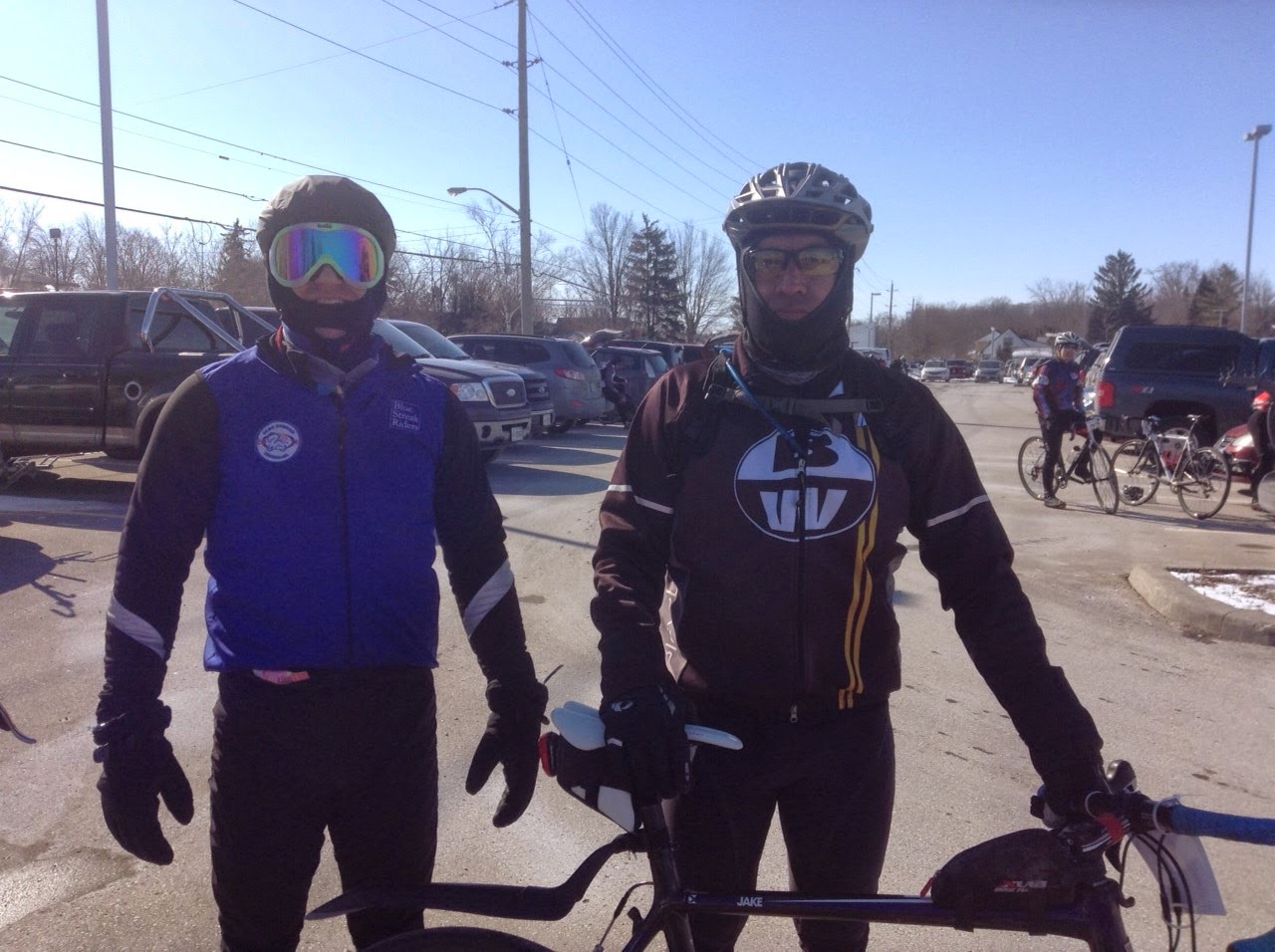 We gathered into the paddock for race start...John was just ahead of me, CptSydor next to me, Fig was at the back (having stayed inside to be warm); Unglued, DanOfSubstance, Tim were mid paddock; EnglishJim and Giant were starting in Wave2.

Off the start (yes still cold), the rail trail...which was in much better condition/rideable than last year...more like a shallow bed of frozen sand...although a bit rutty.  The rail trail was also shortened from last year...which was a blessing for me, as I am nervous riding in a group...especially in the narrow (compared to a road) sketchy trail...so I played it safe and let several more aggressive riders pass.

Then...off the rail trail, and onto the gravel roads...where I hoped to catch some riders that had dropped me on the rail trail.  But then the roadies took over...a couple of groups of several riders that must have been behind me on the rail trail passed me...fast!  I couldn't hold on...one group passed...a second...a third...just fast enough that I couldn't hold on...plus the fact that I don't like to properly draft (I slammed a nasty sharp pothole on a bridge crossing, trying to draft...nope, not for me)...they all dropped me.  Head down, I determined to bear down and drive into the cold on my own.

Then I spotted a lone rider in black in the distance that I was making headway on...as I made my way up to him, a rider in green passed me...as I stood up to catch the green rider we scooted by the black clad rider...who called out to me by name.  What??  Was that CptSydor??  He had to be having an off day, because there was no way I should be passing him (yes he is fitter, and faster than me; and as it turned out he was having an off day).

As I caught the green rider I went to take a swig from my Camelback...and...nothing.  Frozen.  Just great, 20 minutes into a 2.5 hour race and no fluids.  Luckily, I had food...that saved me; although it was frozen too...so I had to continually stuff a piece into my mouth, let it thaw...then consume.  As it turns out, just about everybody else had the same experience.

I was alone again...the green rider who had passed me had fallen off.  Then my bike began making a nasty sound...like a tire rubbing on a cable.  I couldn't determine what it was...the wheels appeared to be running true...I couldn't see anything hanging or cable end touching a tire...hopping the bike didn't help...in fact made it worse.  It was a broken rear fender...which snapped right off and scuttled across the road.  Relief that it wasn't a major mechanical.

A group of 3 caught me...two of them dropping me and their partner who was a chatty fellow from Stouffville.  We rode together for some time, catching a group of three...and riding with them for a while...one rider with a very nice titanium Motobecane named R. Clark.  Anyways...we encountered a long caravan of horse and carriages (the race is held in an area populated with many Menonites)...kind of cool and surreal... 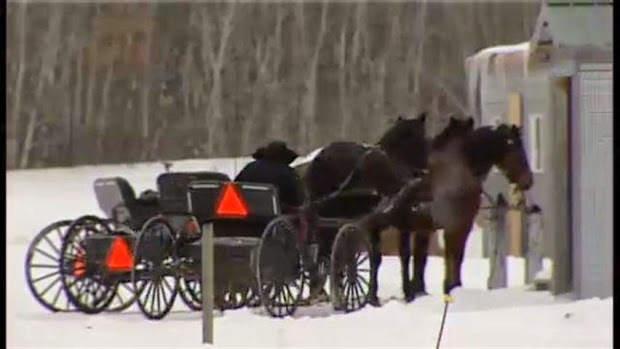 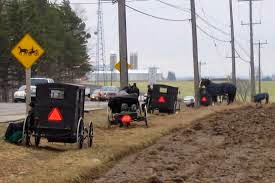 luckily it didn't bring back any genetic memories for me. 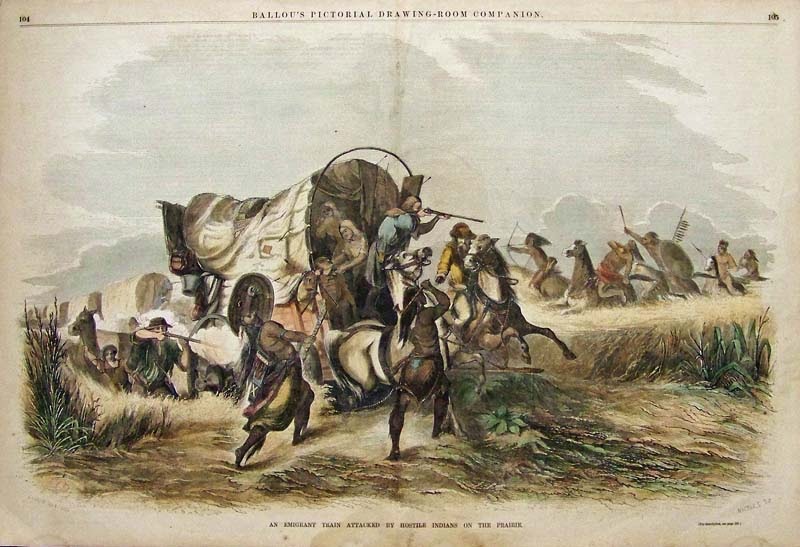 Anyways...back to the race.  So now there I was in a group of five...then we turned right...onto a very long stretch of very icy gravel road...with a very strong wind from the left side...froze my left foot, and the left side of my face.  I put my head down and bore into the ice and wind...seemingly forever....then.  Finally a right turn...out of the direct wind.  Looked back...it was just me and my chatty friend...

Again we rode together for a while...then a right turn onto pavement...and a tail wind.  I stood up to take advantage of both...looked back...my chatty friend was well back.

I rode on...alone...again seemingly forever....the end should have been coming up.  Apparently the organizers had added several kilometers to the race...adding to the suffering.  Then the rail trail...happy evidence that there was only about 4 kms left to go!!

The rail trail was now rather chewed up and rough...numbing my hands.  There were also wet muddy sections now, that added to the struggle, but they were a smooth break from the frozen, rough majority of the trail.  Then, off the rail trail and into town to the finish...but something new...the last 750 metres or so...  Perhaps a mountain bikers dream...a mix of narrow passages cut out of large snowbanks in parking lots, a section of off camber icy trail, and a steep up and over on a frozen bank on the edge of a curb.  Thankfully I wasn't in a group sprinting for the finish...this could have been carnage!!  Then, on to the finish...I could hear Lois ringing our bells (an old cowbell, and an old schoolbell) somewhere in the 'crowd'.  I was done...cold, exhausted...but done.

I finished with a time of 2hr 41min...60th overall, 6th in my category.  I was hoping for better (as always), but not really unhappy given the conditions, and this early in the season.  I need to keep up my training schedule, plus drop some weight.

John finished 3 spots in front of me, 5 minutes faster.

DanOfSubstance, Tim, and Unglued were apparently right on my heels.

Fig had flatted...and bonked in the cold several times (he will trash me next time).

EnglishJim took a wrong turn near the finish...adding a couple of extra kms to his race, but finished before the organizers tore down the finish line...so he was happy.

Recovery was at Riots house...Fig, Riot, Giant, EnglishJim, and Lois attended...a good time was had by all. 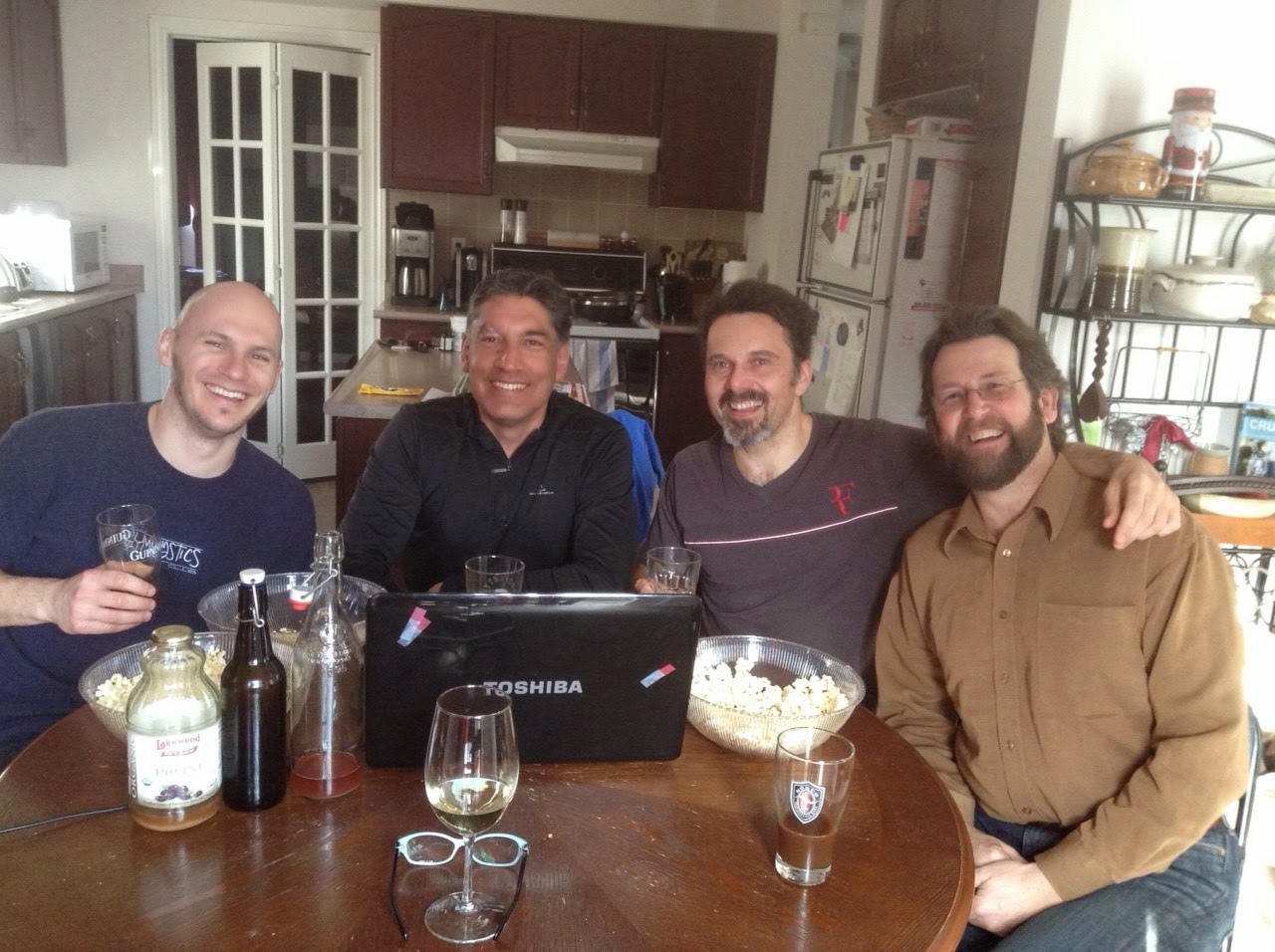 Sorry to all of those who expect another naked pic of EnglishJim...he promised more for next time.

Apologies for the lack of cat pics this post...the times they are a-changin?? How about a falcon in a tree?? 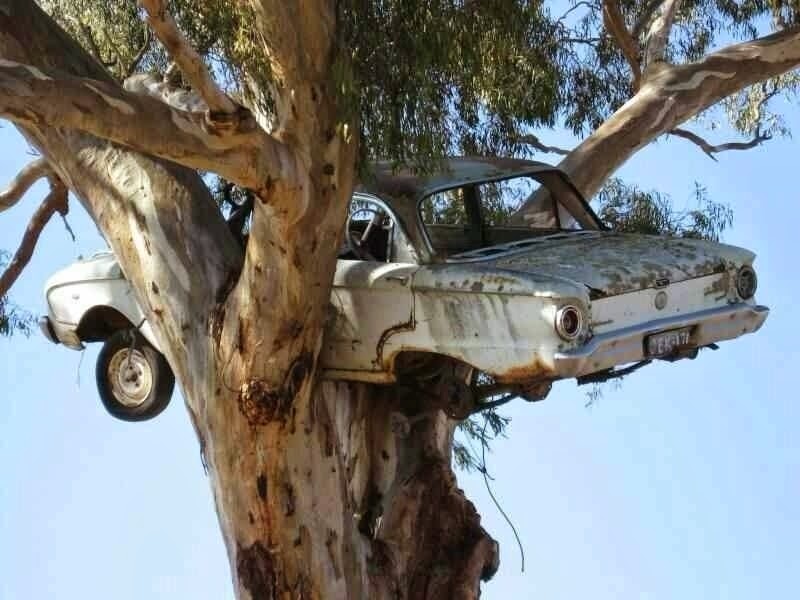 No, OK there will be cat pics next time...maybe... 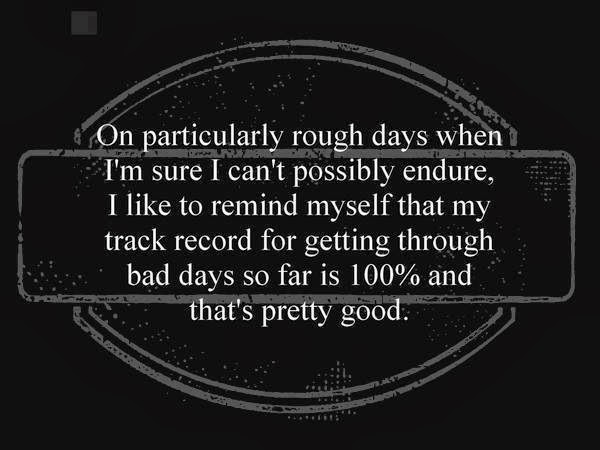 Bring on the Nostril!!

So the first race of the season is days away...The SteamingNostril.  This is a 70km (ish) race starting with about 8km of rail trail, then opening up into 50 - 60 kms of gravel road, then finishing in the opposite direction along the same 8km of rail trail.  My report of last years race can be enjoyed HERE.

Unfortunately, the weather is not looking ideal (actually, it looks like shite...mother nature is proving to be a real birch so far this spring!!!!).  The forecast is snow with a high of -6 C.  Oh well...maybe it will slow down all the fast guys/gals??? 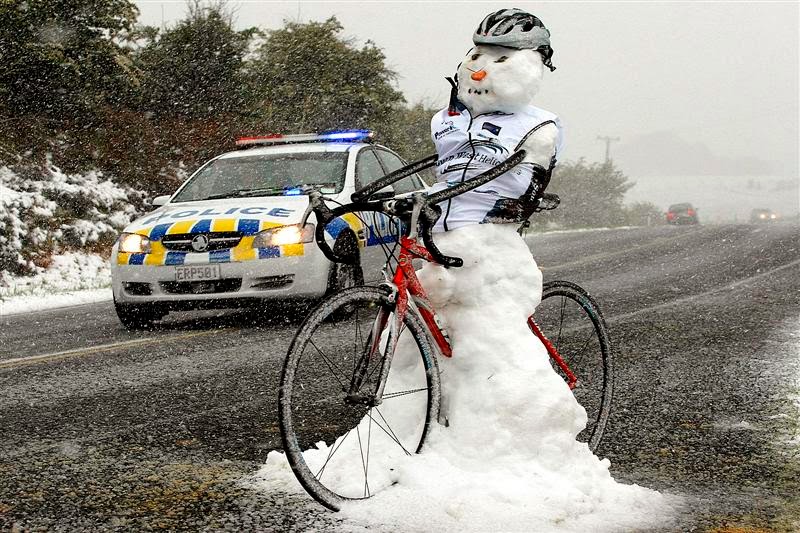 That said...who are the players on my list o' friends/adversaries...

Cpt. Sydor: Fast, fit, and motivated...will likely kick my arse.  But I am bigger than him so I can take him out after the race if I can catch him. 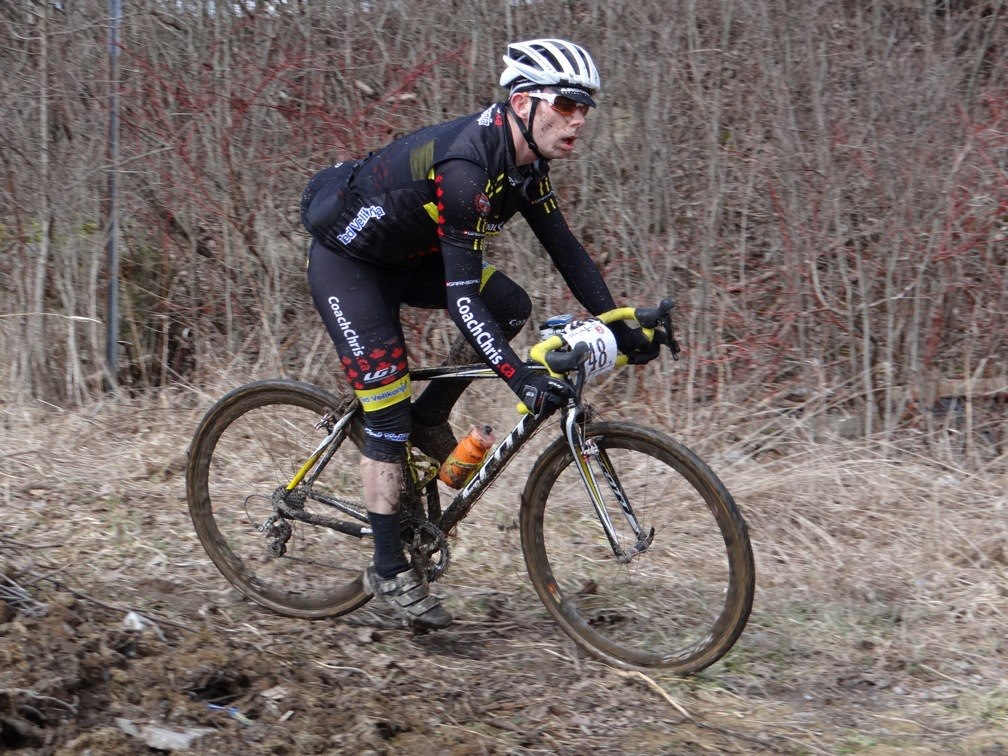 V Vagabond:  Cpt Sydors other half.  Fast, fit...she will beat most of us, and laugh and say hi as she passes. 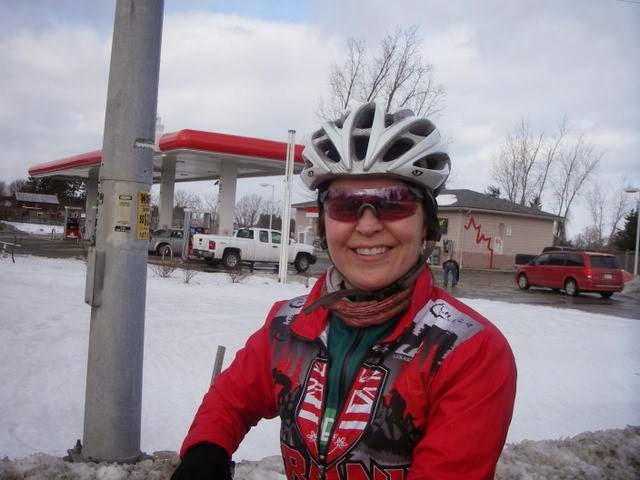 Fig:  Fit, sandbagger.  Says he hasn't been riding, but he is a secret trainer; he won't admit it but he is competitive like that.  If he can avoid bonking, we will have quite the contest. 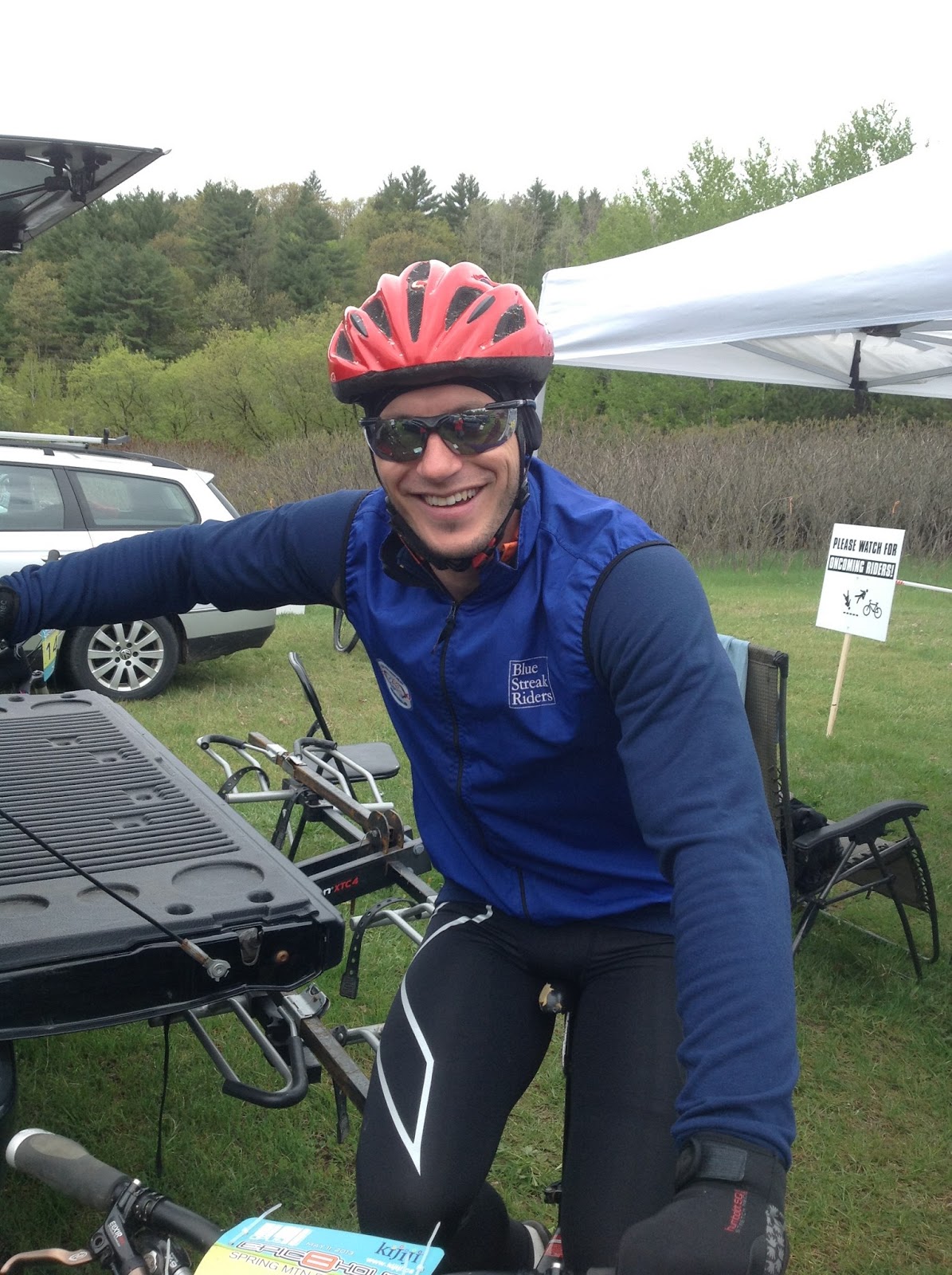 EnglishJim:  Has been invisible all winter.  Don't know how much he has been riding or training, if at all.  His goal will be to finish before the organizers pack up the finish line, and all the food is gone.  (I will make sure all the beer is gone by then...).

It was hard to find but at least I got a pic of EnglishJim with clothes on... 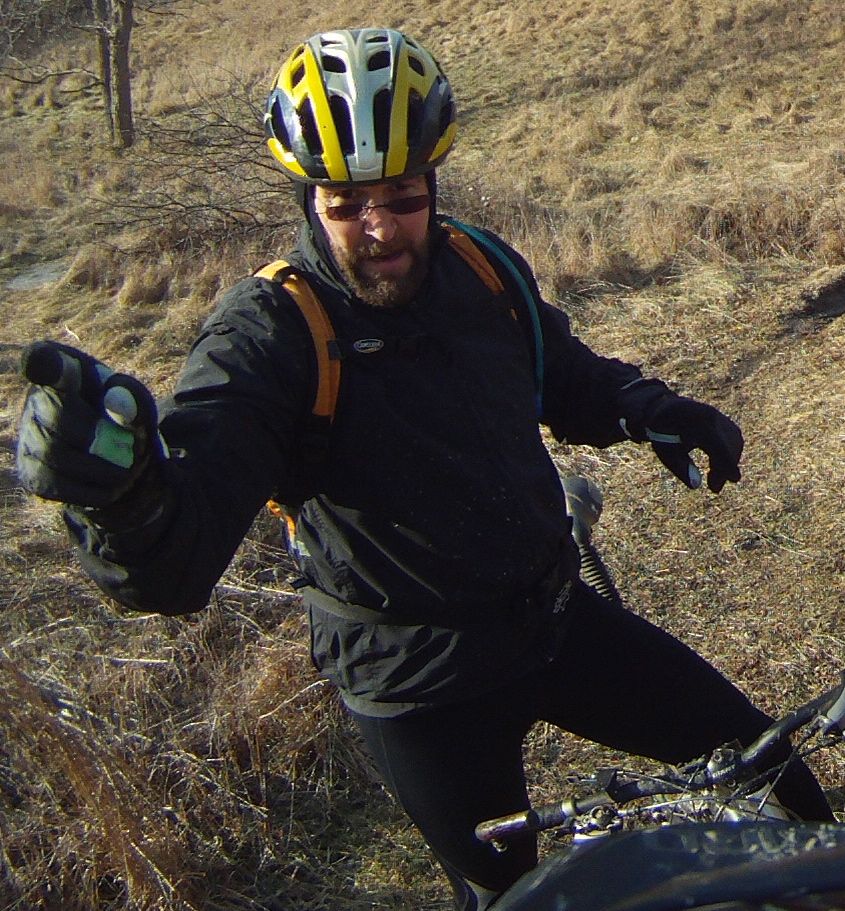 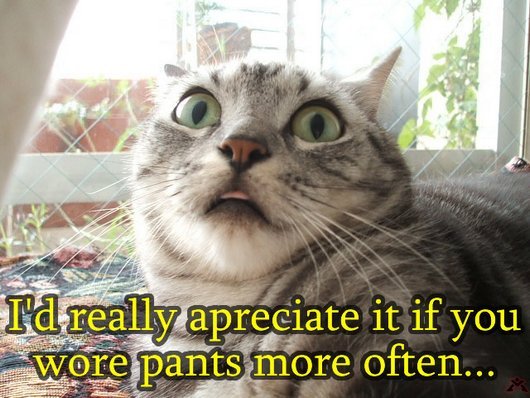 Sorry...almost got through this without a cat pick, eh?? 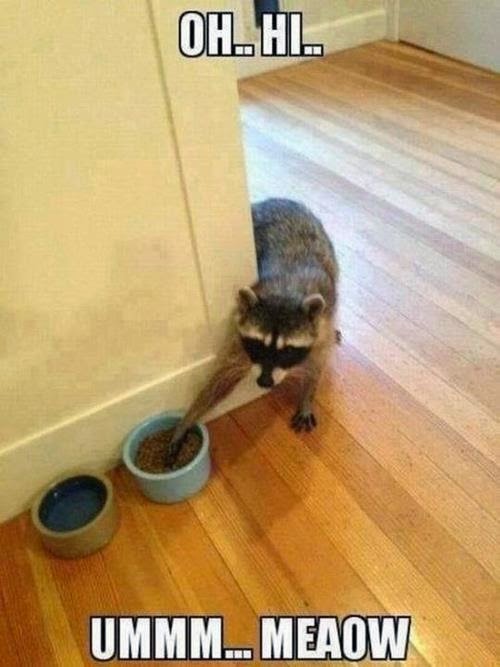 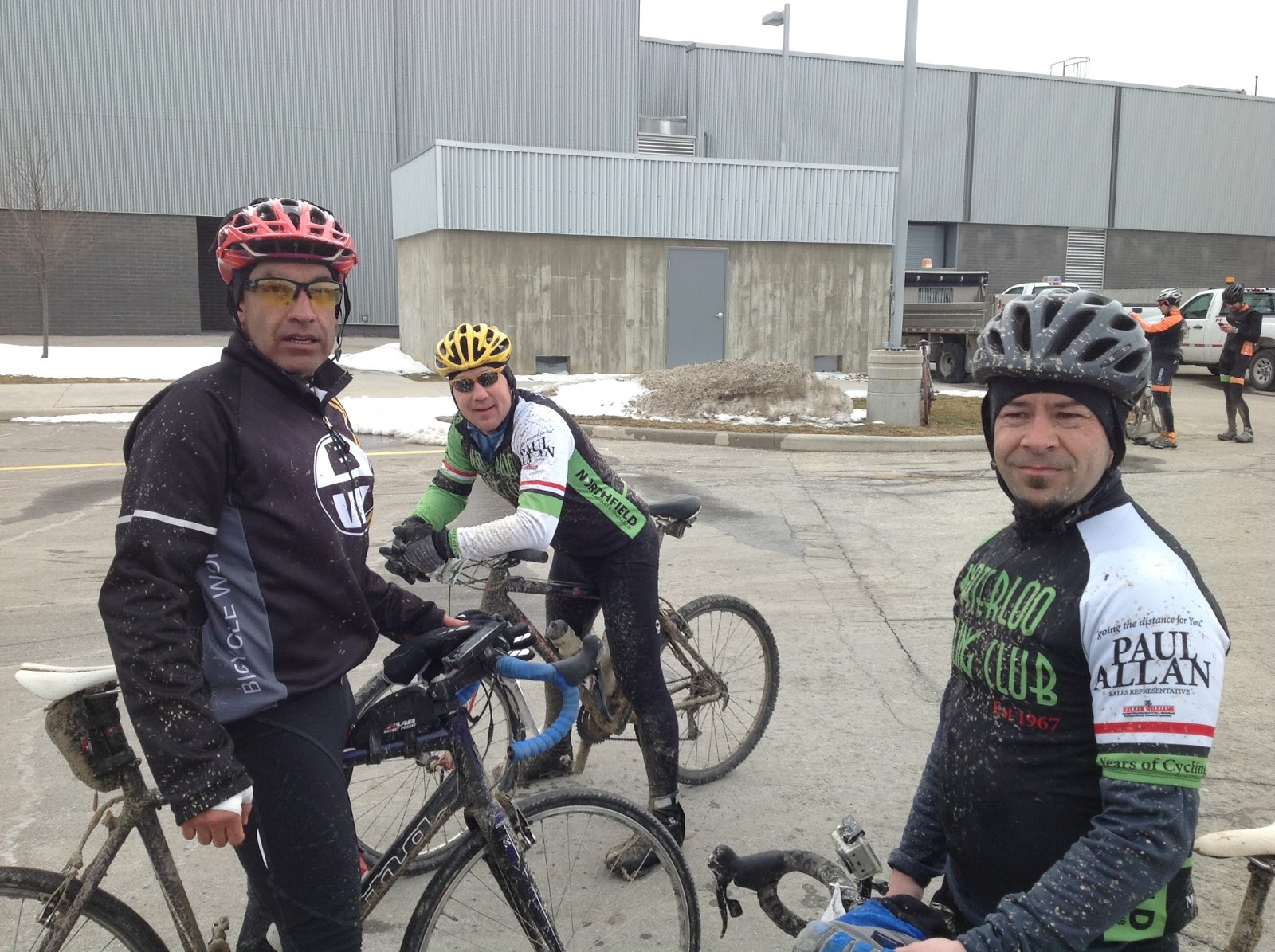 NewfieSteve:  I think he has been abducted by aliens, has succumbed to the matrix, or has contracted MTB Alzheimer's. 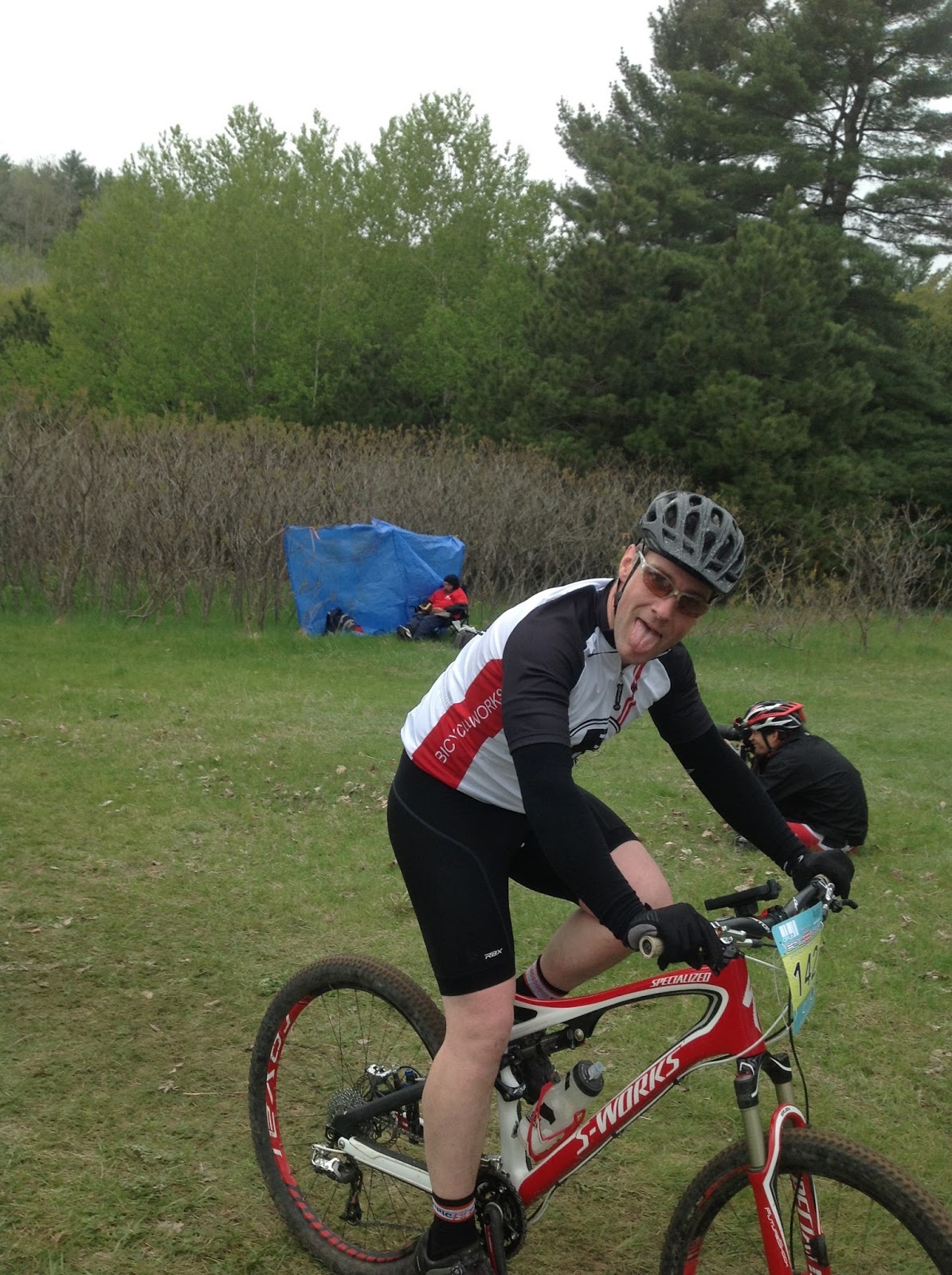 Everyone else is too fast and does not deserve mention because they will all be up there with Cpt Sydor, too far in front of me.

I have stuck to my training regime throughout the winter, so this race will be a good test of my fitness, and what I might need to change in my training plan. 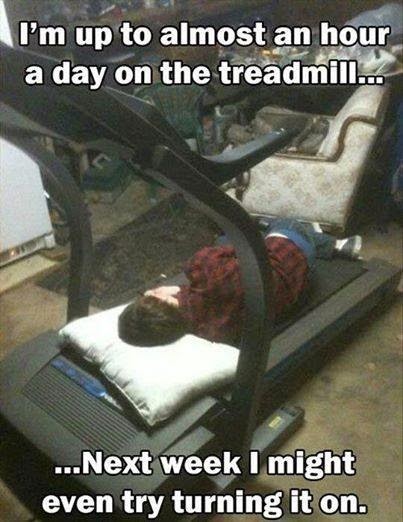 I am a tad heavy right now, mostly from getting a little overzealous in weight training...but most of my 'A' races are later in the season, and this weight will wear off over time.  It's not quite this bad... 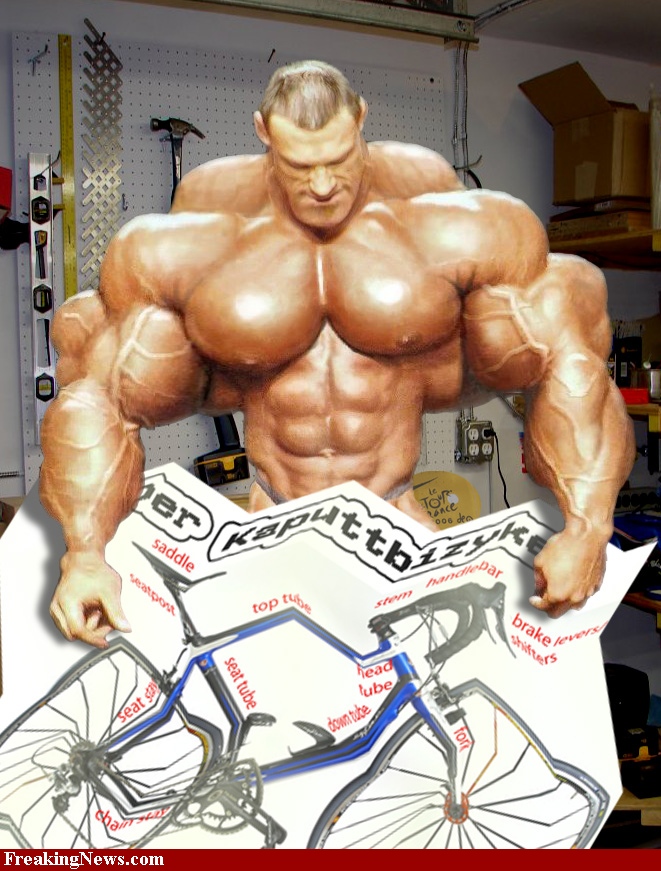 Otherwise...let's see if we can survive this!!  The race report will follow next week...ish!!! 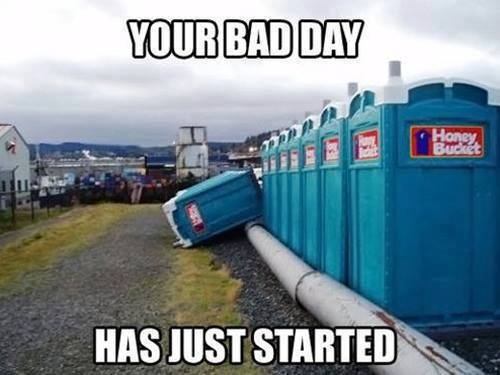