An Update, Late, and much to Encapsulate

So ya...I guess I haven't posted for quite a while.  And no really good reasons.  Just spending as much free time riding a bike...and life...so posting has fallen more to the back burner.  I've been posting rather regularly, but I really like writing this thing too....so just gotta find that balance, I guess.  I suppose that is really life's eternal endgame??

Anyways...you deserve an update, so here it be...

The obvious truth is I haven't really been racing so much this season.  I did the Spring 8 Hour...which I did post about on my last post.  And I did the 24 Hours of Summer Solstice....which I have not posted a review or update.  The 24 Hour did not really work out the way I had planned.  No 'A' team, "I love it when a plan comes together" for me on this one.  (OK...I know...you have to be rather old to get that reference...but...I am.)

By my third lap I was burning up.  I didn't realize at the time I was feverish...just thought I wasn't dealing with the heat well (I usually deal with the heat just fine).  By lap 4 I was starting to feel nauseous. By lap 5 I was full on hugely ill.  Spent an hour in the port o' potty vomiting violently, repeatedly.  So much that Jonny came to check on me to make sure I was OK.

I have to say, Jonny was an amazing pit boss.  He took care of me, and my bike, like a pro...and a friend.  It was my honour to have him on my team. 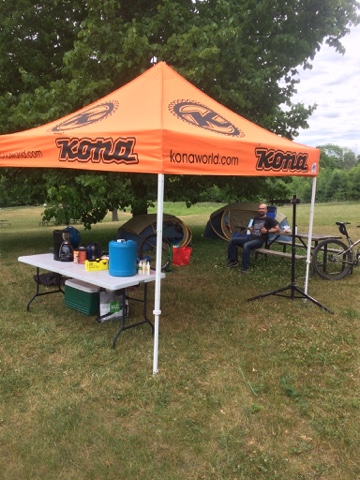 I was actually so sick, I was seriously considering calling an ambulance, it was seeming to never end.  It eventually let up enough, that I was able to make it back to our camp and collapse.  Holing up in my tent, sleeping like a dead man for many hours.  The race was secondary at this point...getting to feeling sub-human was the priority.

After 11 or more hours....the nausea started to pass, and I almost began to feel human again.  Enough that I determined to get back on my bike and make a go of it.  And I did, for a couple of more laps...then the race organizers called the race.  The steadily increasing rain was making the course very slick and dangerous.  It was the right call.  However, I had only managed a measly 6 laps.  My goal was to win this thing (my age category), with somewhere between 15 and 20 laps.

(The real question, for me, is what happened to dskunk, DavidS???  He is The Danger Man, the Toughest Male SS Solo around!!  But it seems he stopped after 11 laps.  What's the story here, Dave??)

So I will look to next year to get my revenge on Summer Solstice.  And it seems that Jonny will be with me there again....this time as a competitor.  I beleive the experience got him hooked!!  (It happens...this sport is more addictive than meth!!).  Stay tuned on this one!! 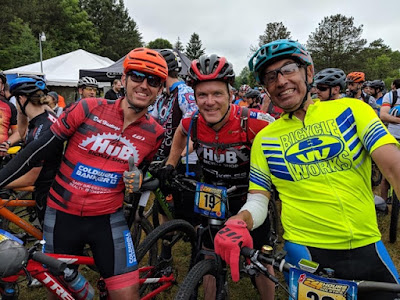 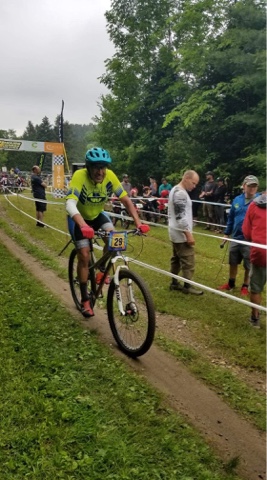 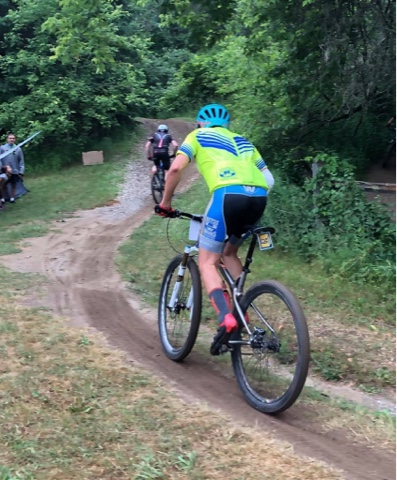 As I mentioned, I have not been racing so much this season.  No O'cups at all....that style of racing is not my style.  I missed the summer 8 hour...and I missed the first of Dan's (SubstanceProjects) gravel race of his Stuporcross series.

Some of it has to do with my Saturdays being booked but the real truth is I have just been enjoying riding my bikes in a less formal atmosphere.  Get on and go whenever I wish wherever I want.  Sometimes solo, sometimes with friends.  Always better with company...almost. 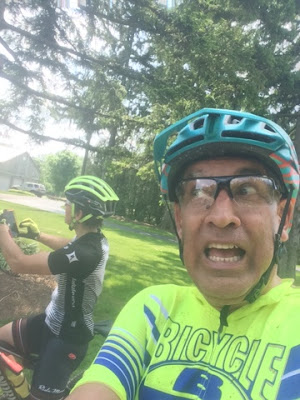 More folks are coming out to take part in my Sunday Riot rides...surprisingly.  These rides are not for the faint of heart.  I have had riders come out and react, "Holy shite!  This is rediculous!  When can we go back??"  The rides are not blazing fast, cuz I am not blazing fast.  But they are epically long...and on the varied terrain of our local trails...of which there are many kilometers worth, literally right out my front door.  Fast flowy bermed singletrack, doubletrack, rocks, roots, short punchy climbs, long extended climbs.  As much elevation as you can dream (nightmare??) of, here on the escarpment.  It's all here...and I can't get enough of it.  A ride less than three hours is hardly worth putting the gear on for. 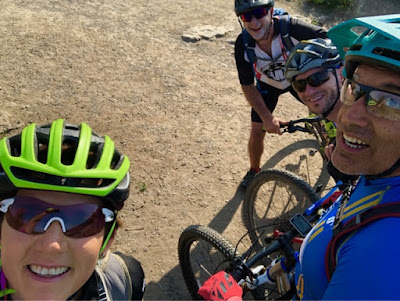 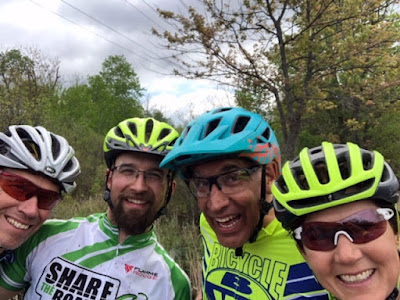 So the Sunday Riot rides are usually 5+ hours.  And almost always finish with a feast (including beverages) provided by Lois...as she sits and listens (and almost believes) the stories of that days ride, and whatever else may be going on.  (Always interesting when Oggie attends!). 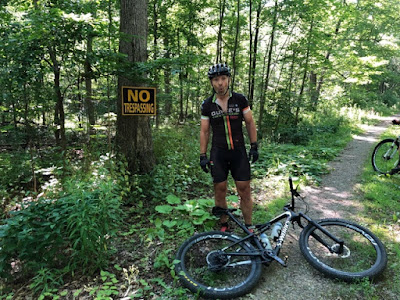 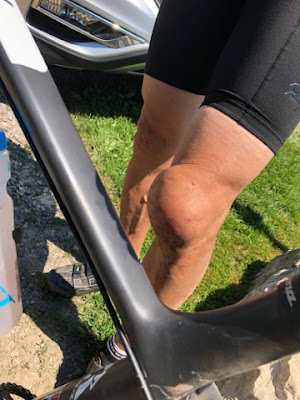 Looked nasty!!  But nothing actually broken, or torn.  Al will be back at it in no time!

I actually think it was the Sunday Riot rides that got Jonny hooked onto the marathon mountain bike scene.  Open to everyone....if you dare.

With the growing popularity of the gravel grinder, Jonny has also instituted the Jonny (yeah we make the most creative ride names...) Gravel ride.  Usually Friday evenings after 6pm. Throw in some rail trail, gravel roads, some mountain bike trails, bike paths, and pavement, some waterfront, some country roads...for more epic variety.  Long enough to require lights to return...and a great excuse to finish off the Friday night with a cold one!  Sometimes it's just Jonny and me...sometimes it's a group who dares to come out and see what we are up to.  You?? 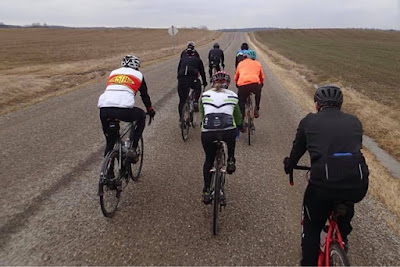 I even occasionally do a ride with gears.  Who knew!!

Anyways that's what I have been up to.  I expect to take part in the fall 8 hour...and at least one of Dan's gravel crossers.  And I plan to do some bike packing....  And fit in whatever else I can.

And I will endeavour to keep y'all more informed (sorry!!) to add to the flavour that is out there.  TeamColin's blogs are getting super popular, Steve's RideCycleSpin posts are always a great read.  And heck, even BarryC is staying almost glued and posting race reports!! 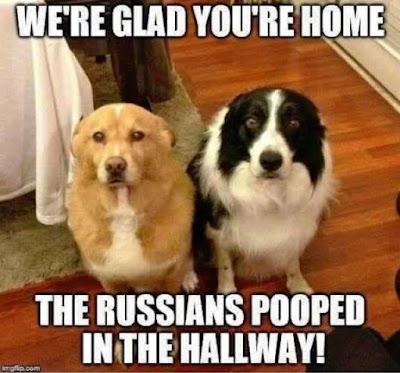