Epic 8
So the Summer Epic 8 (second of a three race series), was held at Hardwood Ski and Bike.  EnglishJim, Fig, NewfieSteve and me headed out at 6am.  Jim and Fig were soloing the race, NewfieSteve and I were a two man team (We were team DaNoofie N DaNative).  We set up our pit and settled in for the start. 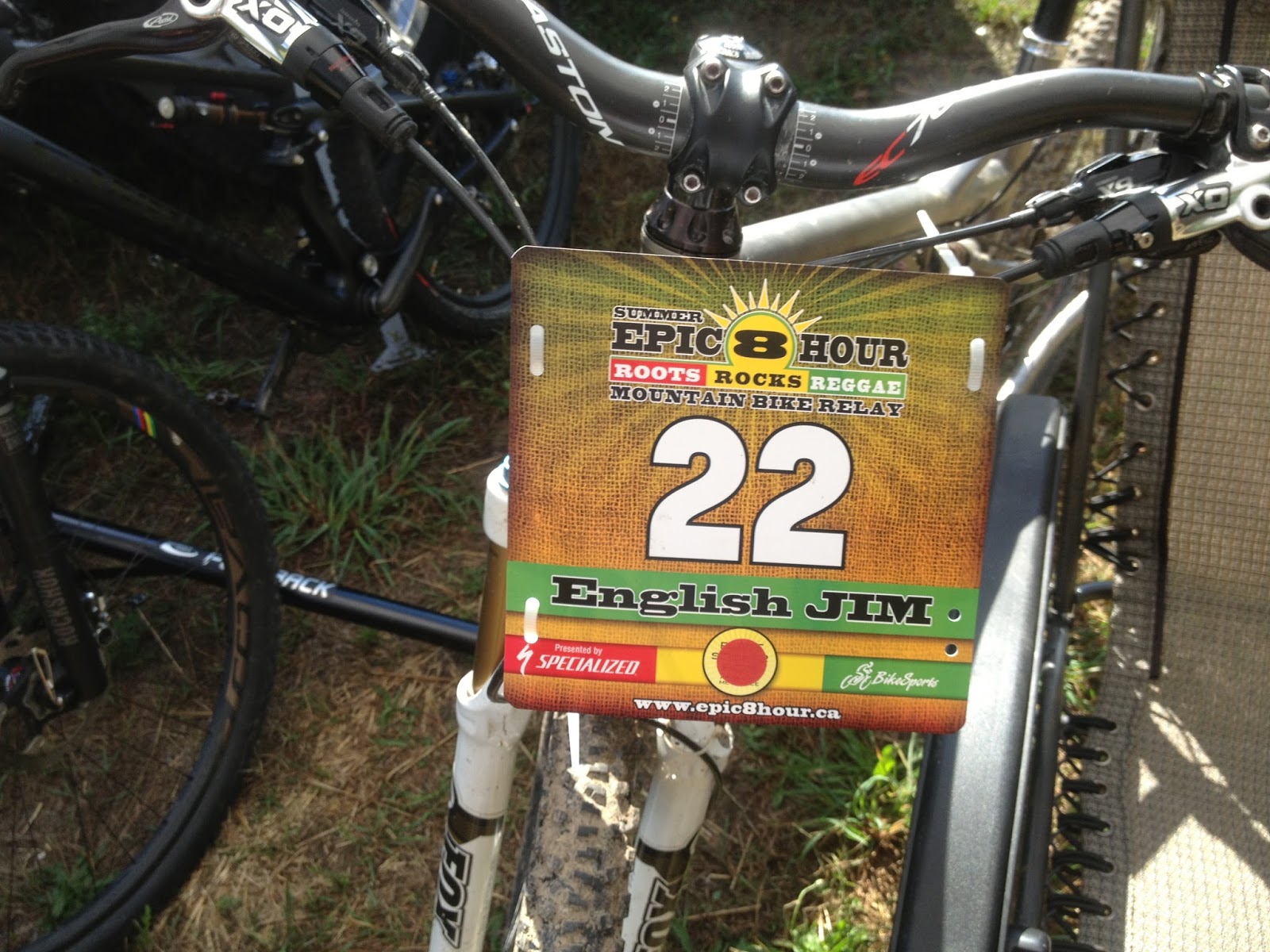 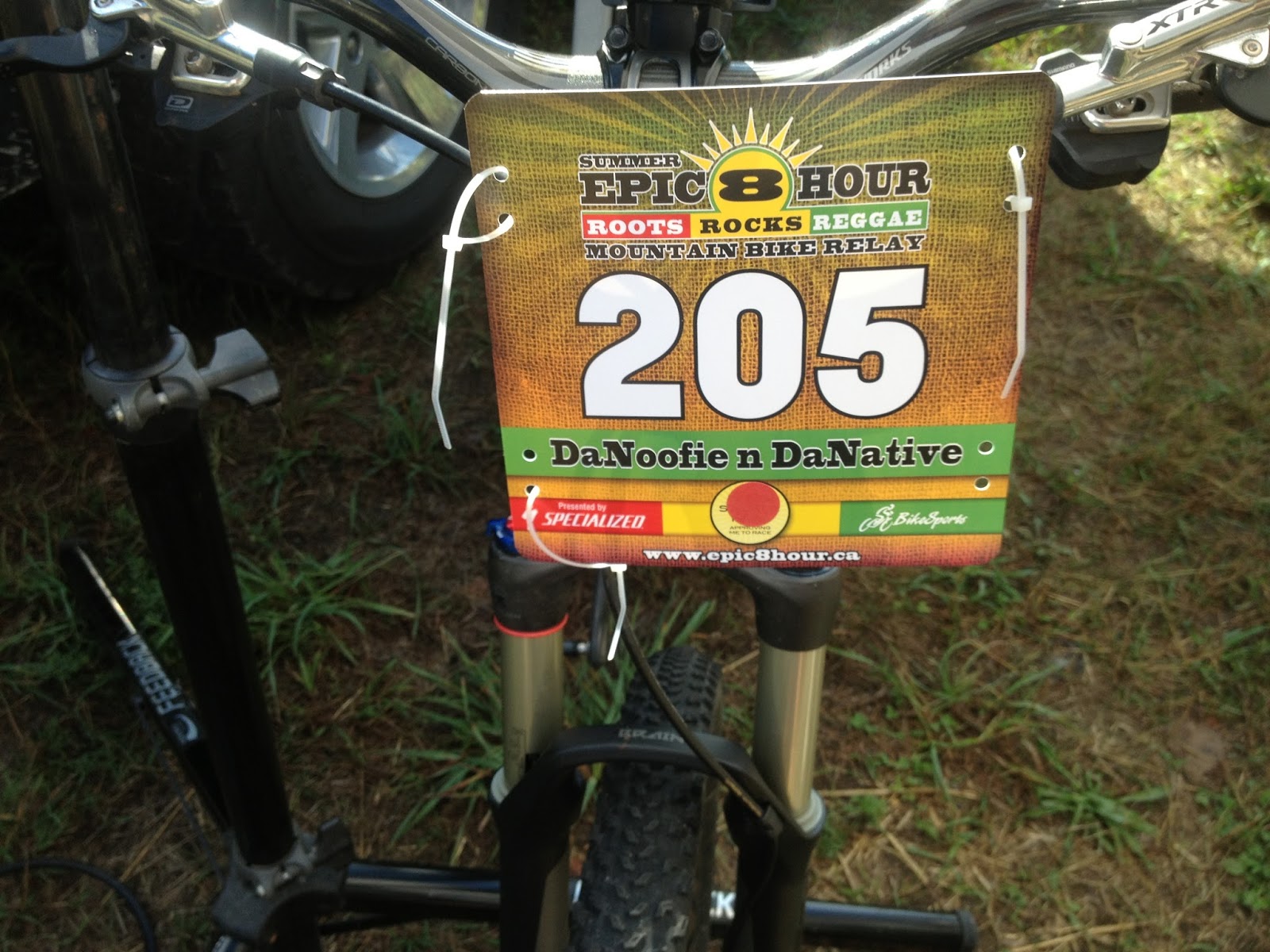 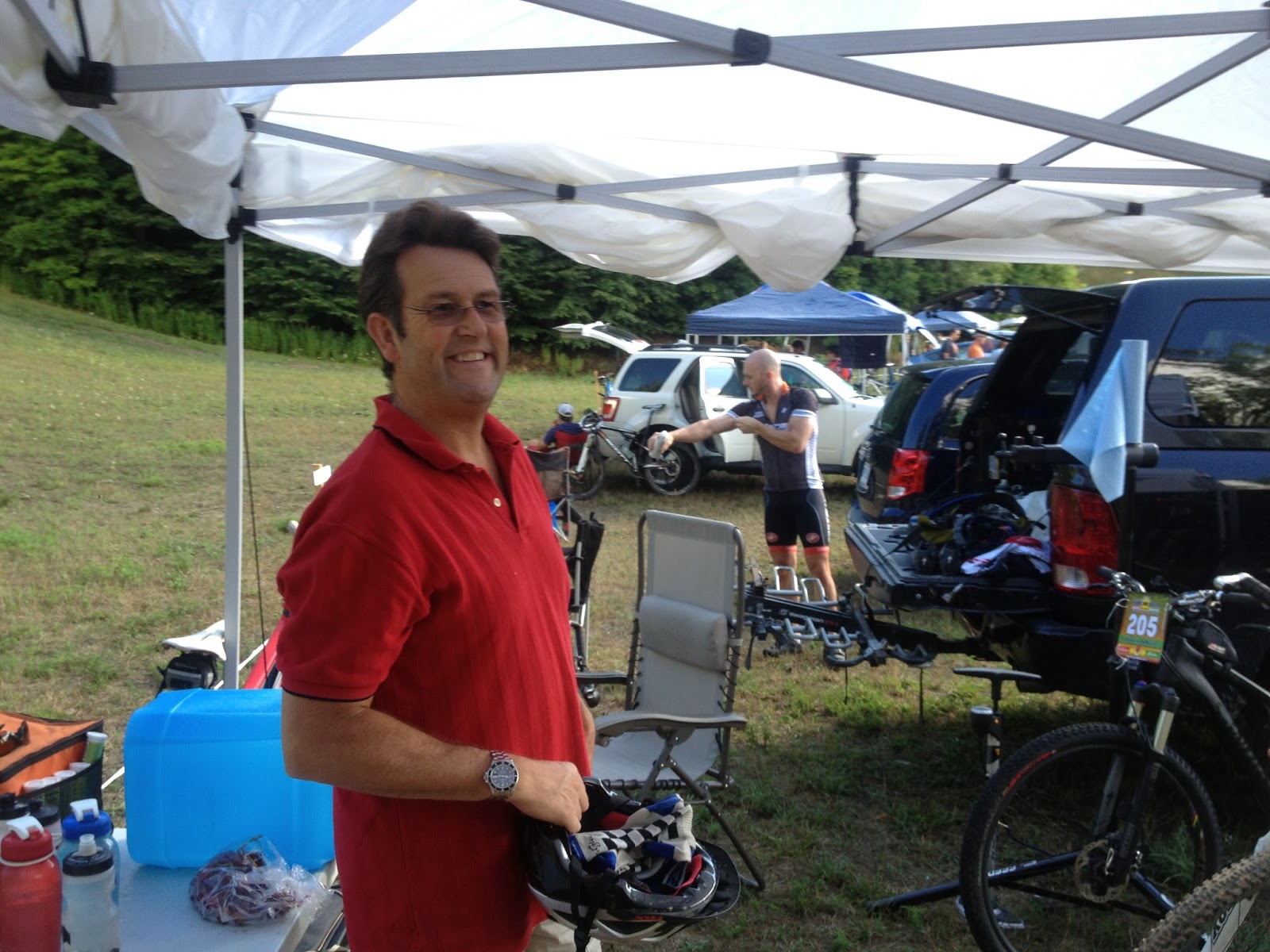 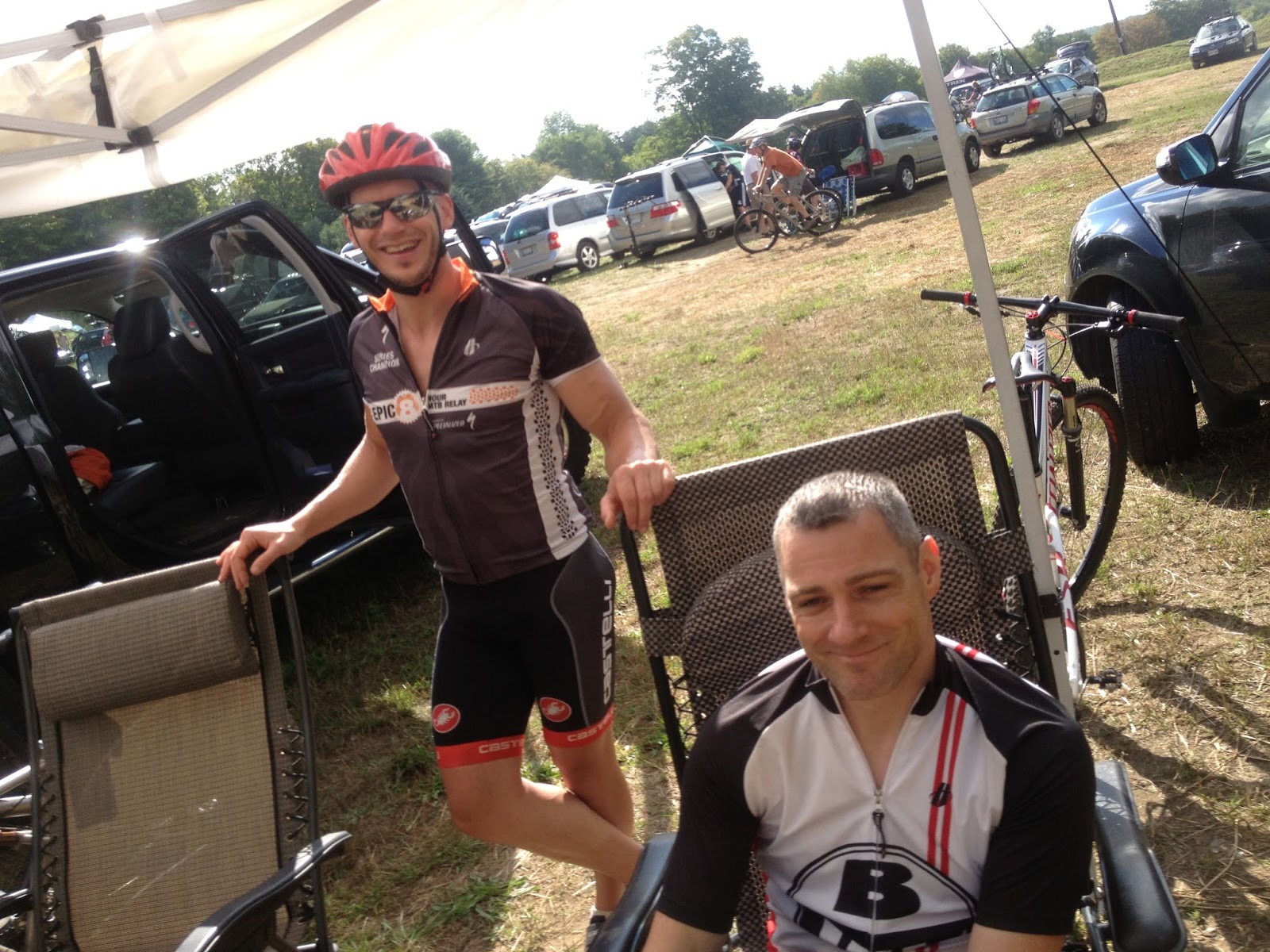 So if you remember my race report for the Spring Epic8, Steve cramped up mid race requiring me to do a double lap or two to allow him to recover.  Therefore we decided ahead of time that I would do a couple of double laps again, to be proactive and eliminate the possibility of Steve cramping up mid lap.  This strategy worked well for us, and kept Steve going full out, however the double laps with only a single lap rest in between, left me quite wiped.
The course for this race was plenty of new twisty single track (about 9 kms in total); while this type of trail is fun to ride it is not my forte (that means I am not fast on this stuff).  Give me roots, rocks, hills, or just head down hammering on doubletrack...my endurance and pain tolerance trumps my skill level...and I am ok...but I am slow on the twisty stuff.  However, I was fortunate to have Steve as a partner...as he is a rocket in this type of trail.
We had an ongoing battle with friend and competition dskunk (his nickname is Dave), who was also on a two man team in this race.  I must have met dskunk 3 or 4 times on the race course (and by ‘meet’ I mean him passing me and leaving me in the dust, dammit!).
Actually, the best part of the race course may have been Marshall station #4...because the Marshall in attendance looked a whole lot like this... 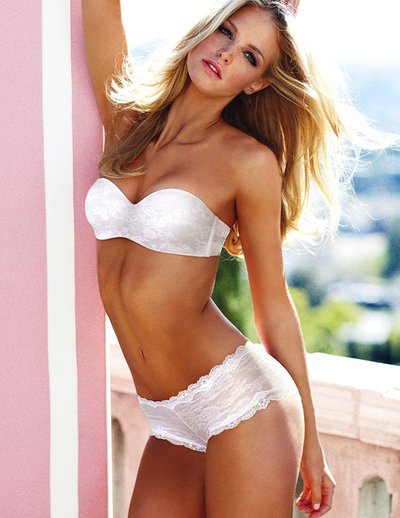 At least that’s how she looked to an exhausted, old mountain biker!
Anyways, I need to give Kudos to my friend Frank (his nickname is Frank), who did this race as his first race ever...and he solo’d it and got in 11 laps!!  Well done Frank!
In the end, I got in 8 laps...as a team we got in 14 laps...which got us 6th place (just 3 seconds short of 5th place!).  Not great, but not bad...actually it was a great improvement over last year.  The good news is that after the Spring 8hr race, and this Summer 8hr race DaNoofie N DaNative are second overall in the series.  So we need to kick butt in the Fall 8hr coming up in September to take the series championship!!
Fig got in 13 laps, which got him 6th place in the solo category...and we learned something new about EnglishJim at this race.  Check this out, only if you dare... 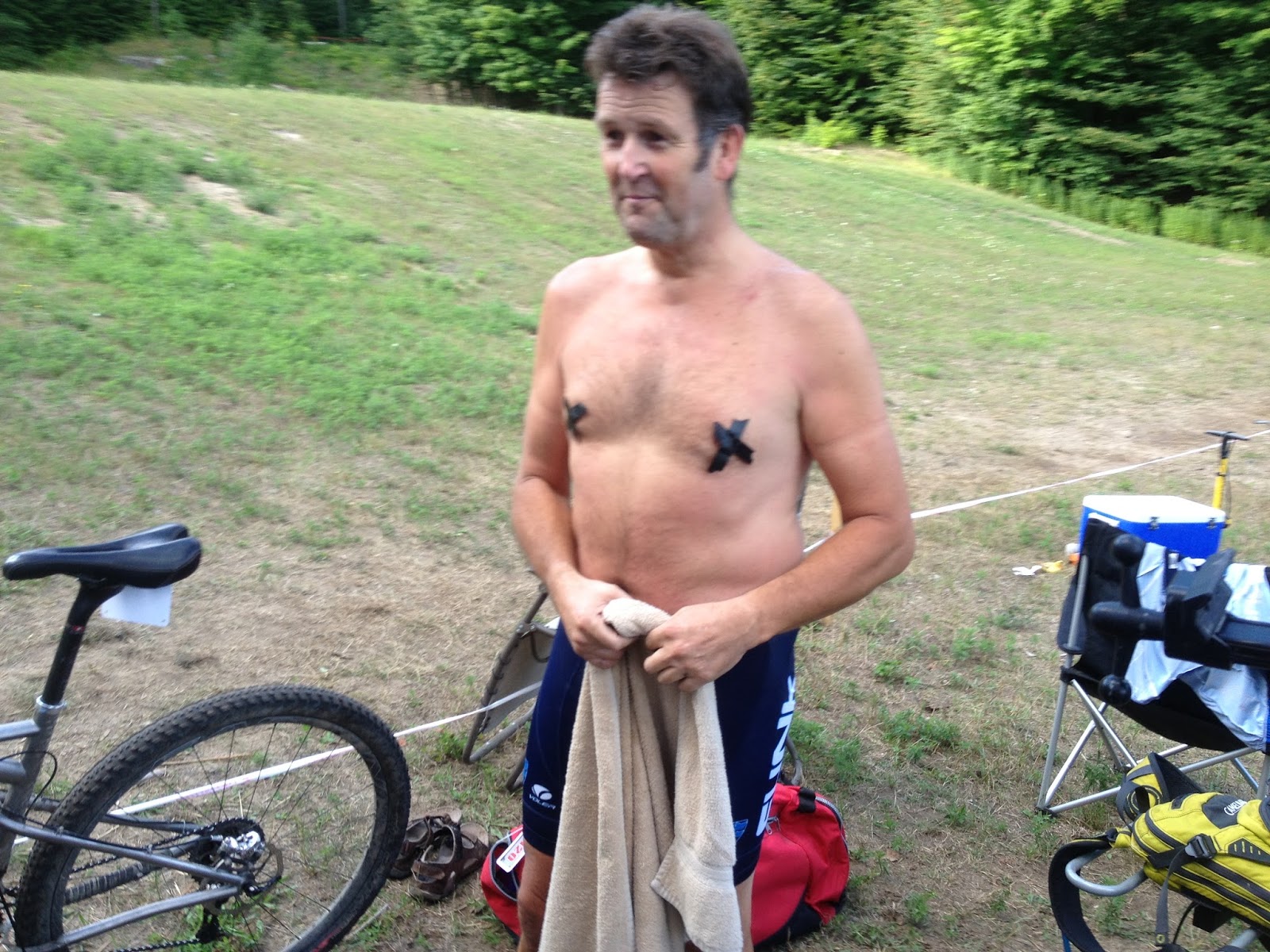 Apparently, to keep his Jersey from chafing his sensitive nippies, Jim applies electrical tape as protection...and has been doing so for years without us knowing...but now we know...and so do you!!  J
Sorry Jim...


Six in the Hood


So, exhausted, sore, and exhausted (yes, double exhausted)  Fig and I were on the road at 7am to do it again at the Six hour race at Port Colborne near the Robin Hood Flour plant (Hence the name Six in the Hood).  This time Lois was able to attend and help out in the pit.
The bike: 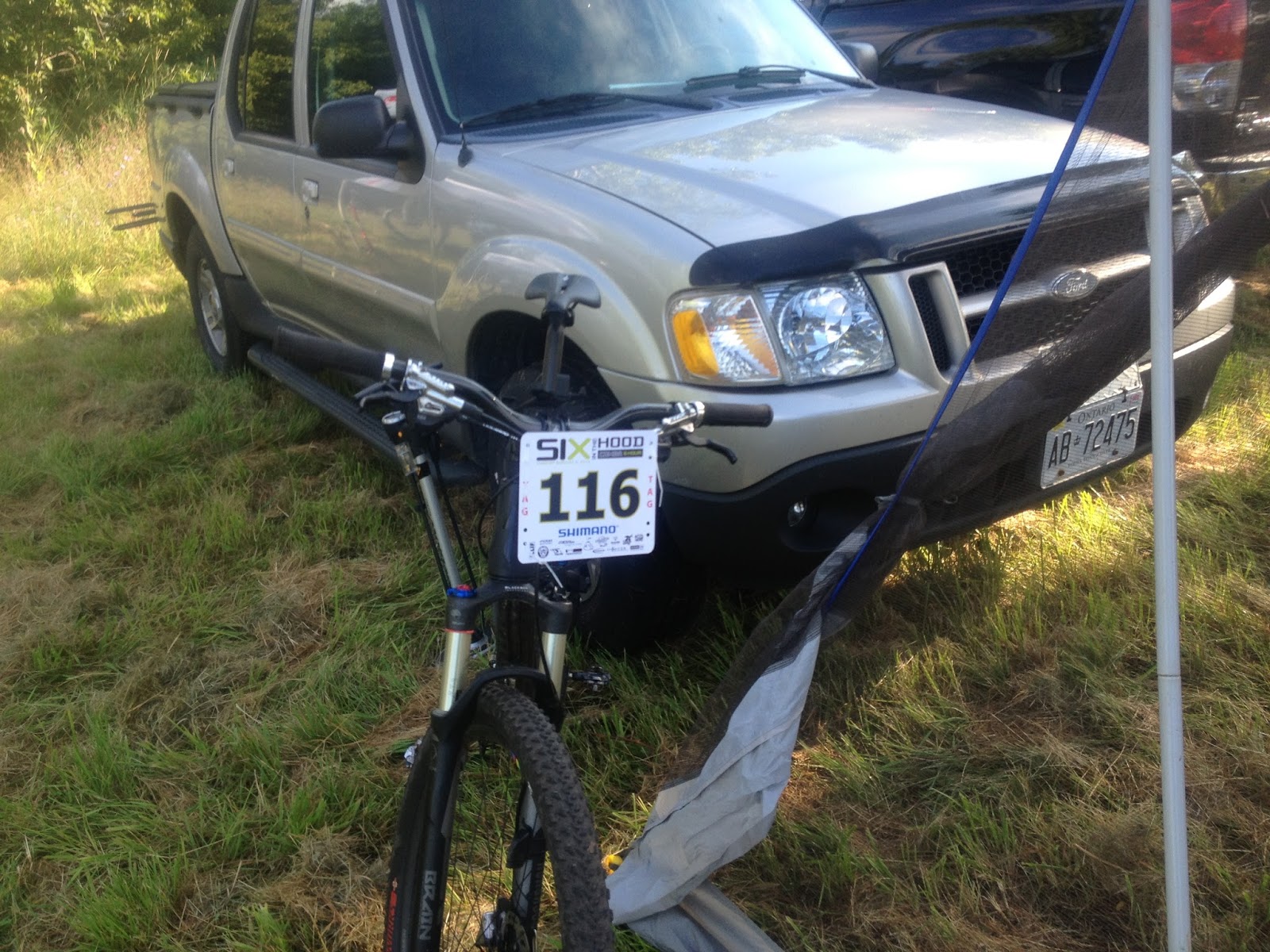 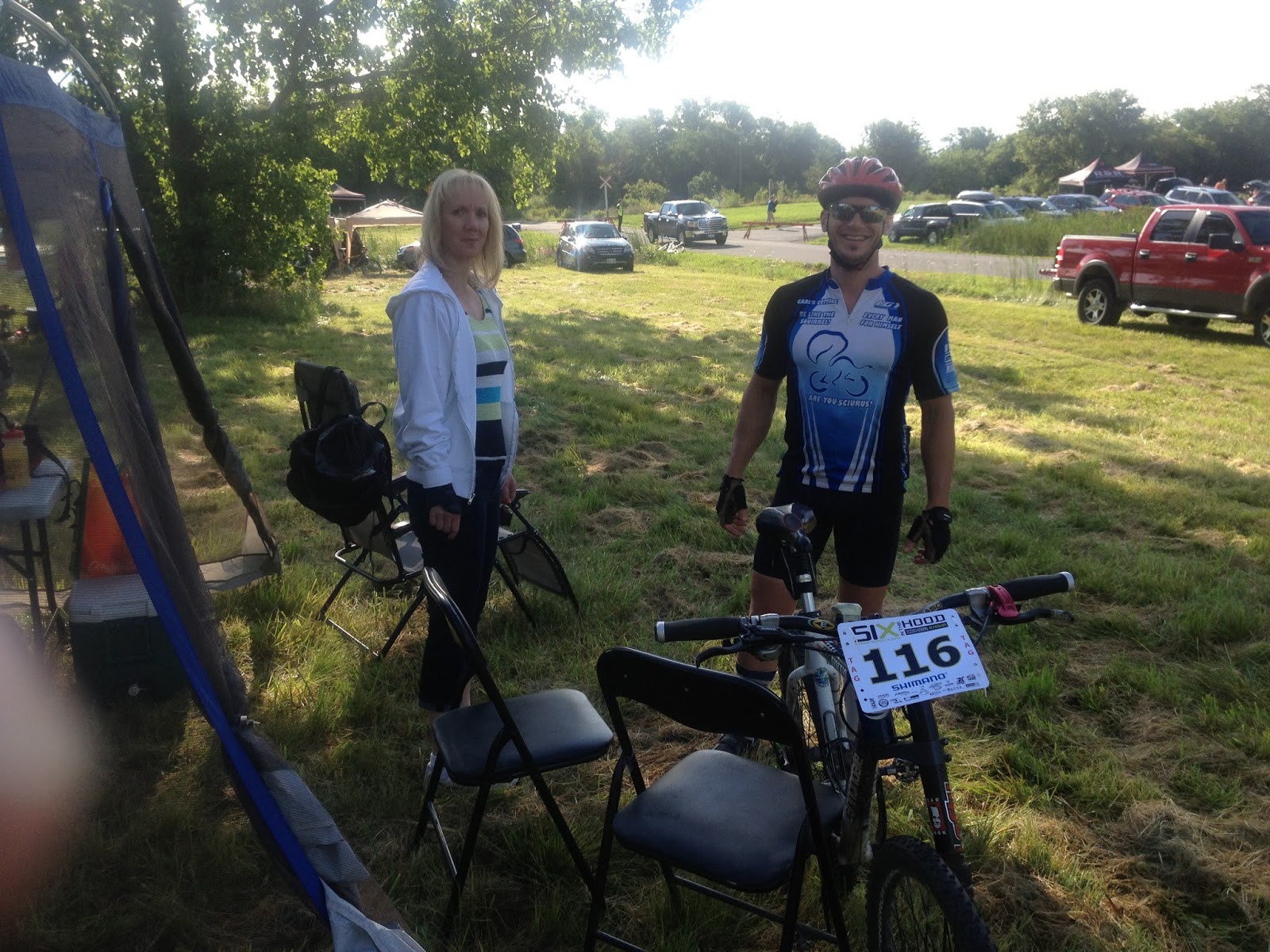 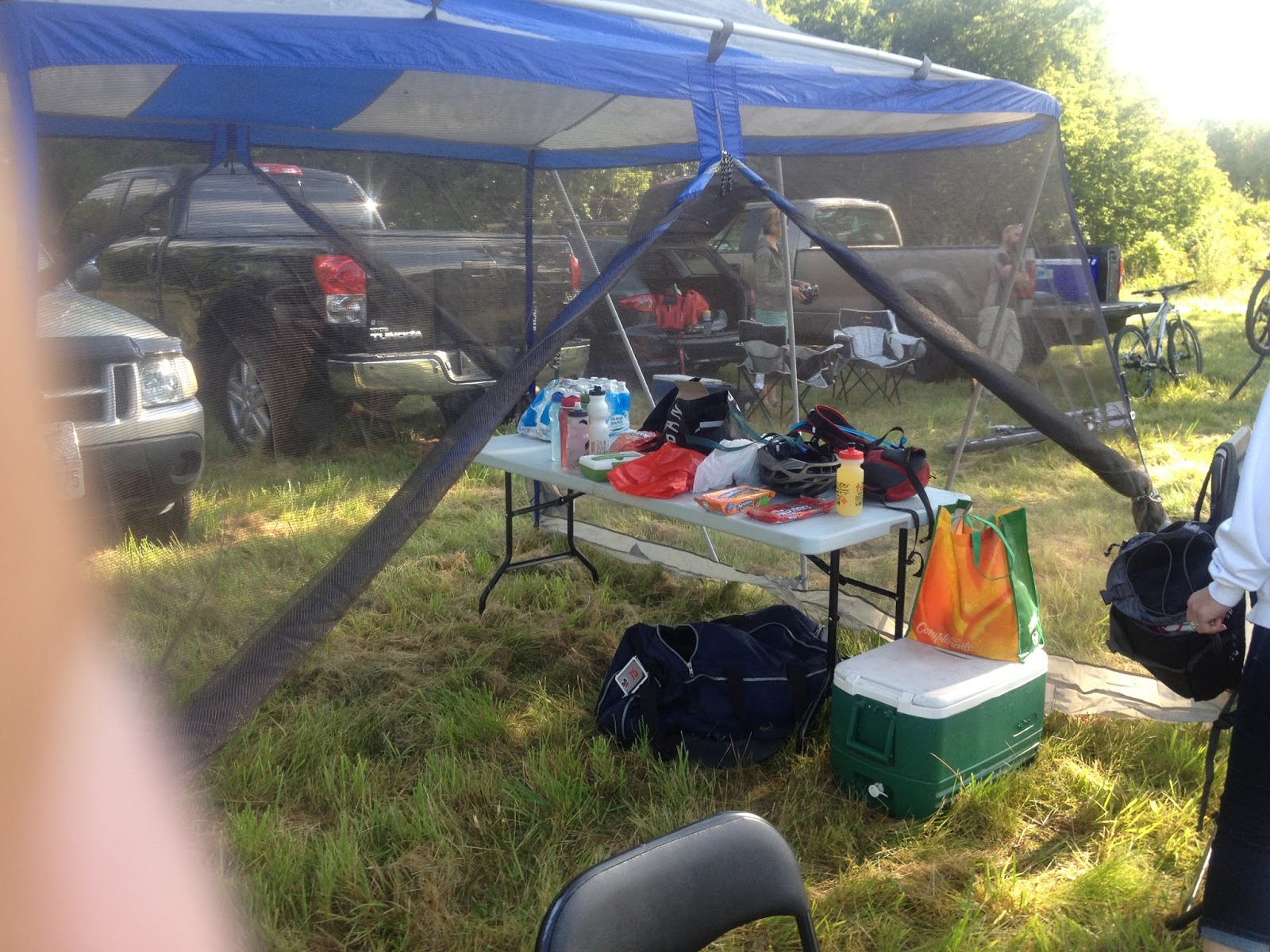 We were not familiar with the course, so this was a new one for us.  As it turns out, it was again almost entirely tight twisty singletrack...and to top it all off it was mostly loose gravelly rock...at least I was getting a lot of practice on my weakness!
Fig took the first lap.  The course was about 12 kms long, which made for 40-45 minute laps for us.  On my second lap I washed out in some loose rock and clipped my left forearm on a sharp stone (not Sharon unfortunately).  I was quickly up and back at race pace, but the arm felt funny.  At the end of the lap, as Fig peeled off to do his lap, I headed to the pit to refuel, rehydrate, and check on my arm.  The arm had a short, but deep, puncture wound...and was bleeding heavily.  That ‘funny’ feeling in my arm was blood running down my arm into my glove.  I rinsed, and wiped as much of the blood off of me as I could and headed out for my third lap.
I didn’t even think about the arm during my lap, just concentrated on going as fast as I could...and pulled into the transition area at the end of the lap to pass the baton on to Fig as he took off for his final lap.  Lois was waiting at the transition are, and the first thing she said as I walked over was “Oh my god (OMG??), look at your arm!!”.  Well, there was a lump the size of a large apple on my forearm!!
Not quite this big...but almost... 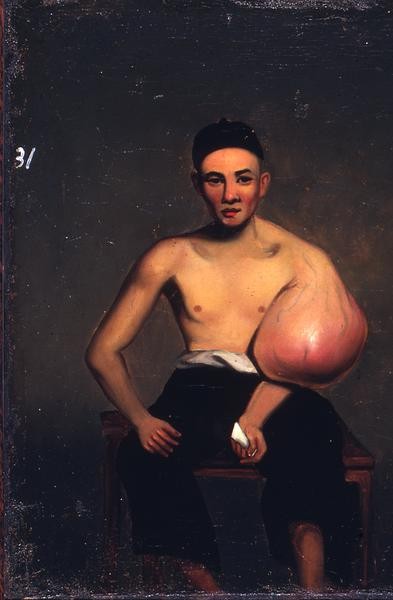 Actually, it is hard to notice lumps on my arms cuz they normally look like this... 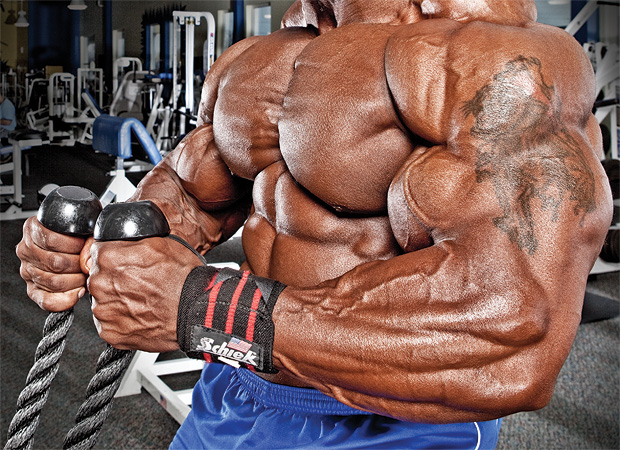 Just kidding...actually there was a St. John’s medic station 10 steps from the transition area, and Lois dragged me over to them.  They cleaned, and dressed the injury...and advised that we go to emergency immediately...but I knew it wasn’t that bad...
Actually this is what it looks like today...it is healing well. 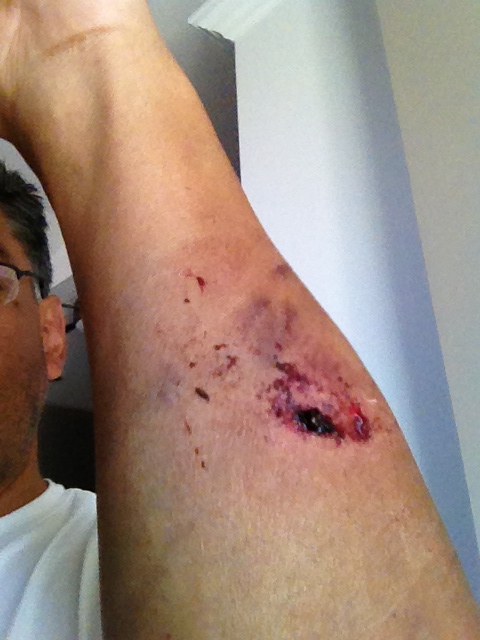 Anyways, Fig had a great final lap...and in the end we ended up with 7 laps in...good enough for 5th place (and again, just several seconds from 4th).  Not bad, considering ...and it was great fun!!
Props go out to Short Hills Cycling Club.  They hosted the race and this was the first time they did it as a relay race...and it was fantastic.
So, now, will work on recovering this week...then I have been invited on a 235 km group road ride this coming weekend...should be fun.  I’ll let you know... 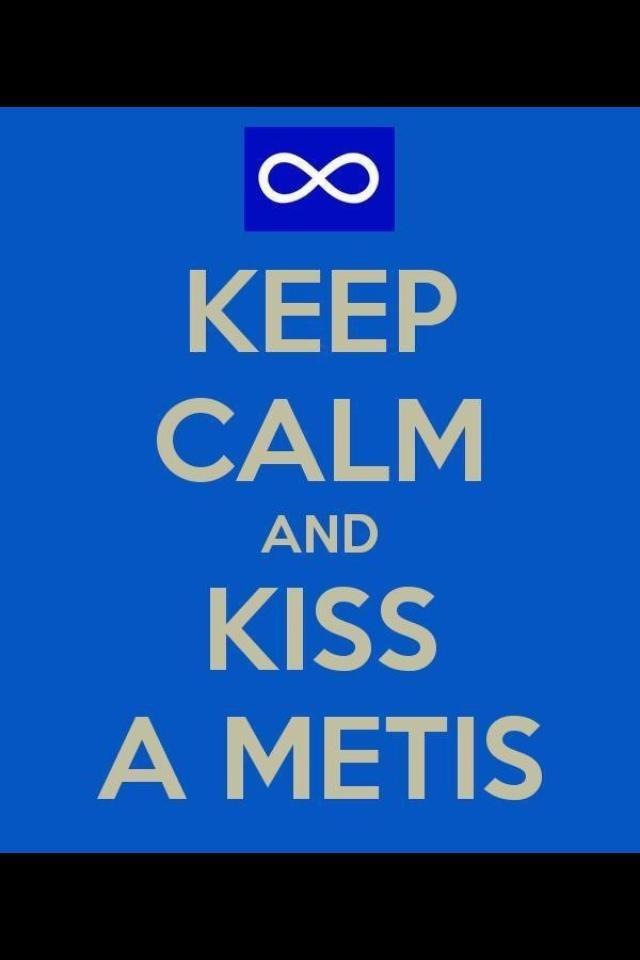