So after annoying Paul at my Local Bike Shop (LBS) BicycleWorks all week to get my bike ready for this race...Thanks Paul!! 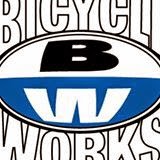 Another epic Paris to Ancaster is in the books...and here is my view of the event.

The day started with a text from CptSydor, who alerted me that he had woken up with the flu (no, not even the 40Creek flu...the real thing...) and would not be racing.  Kind of a shame, cuz the P2A is one of the races he really focuses on, and he always does well in.  Next year, Cpt...luckily he has VV to take care of him. 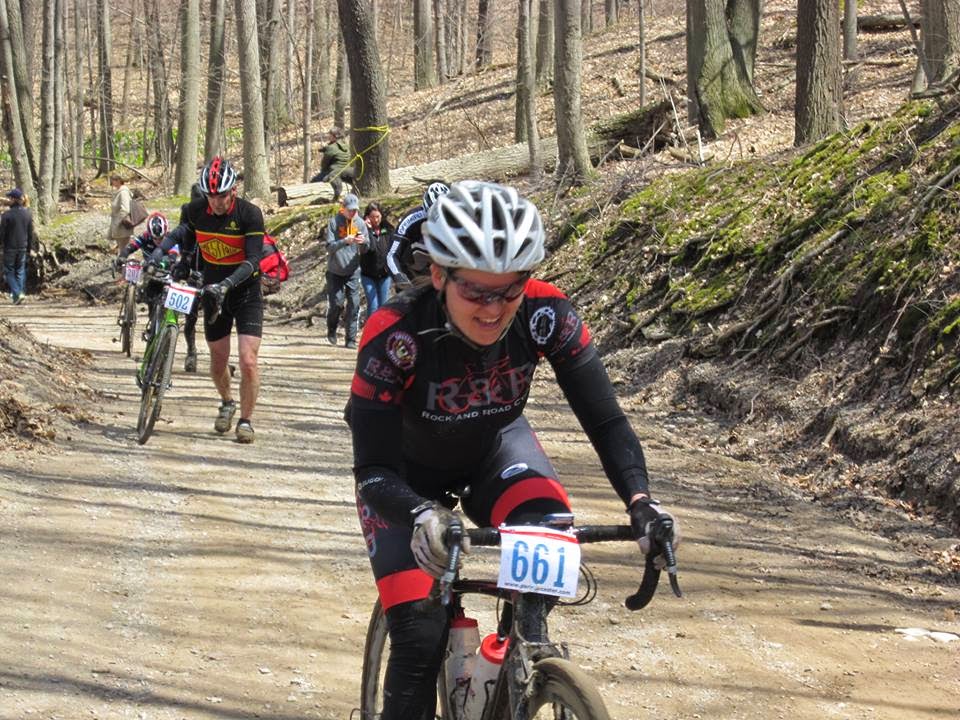 Then...as I went out to load my gear into the truck, I noticed a low tire on the truck...and this... 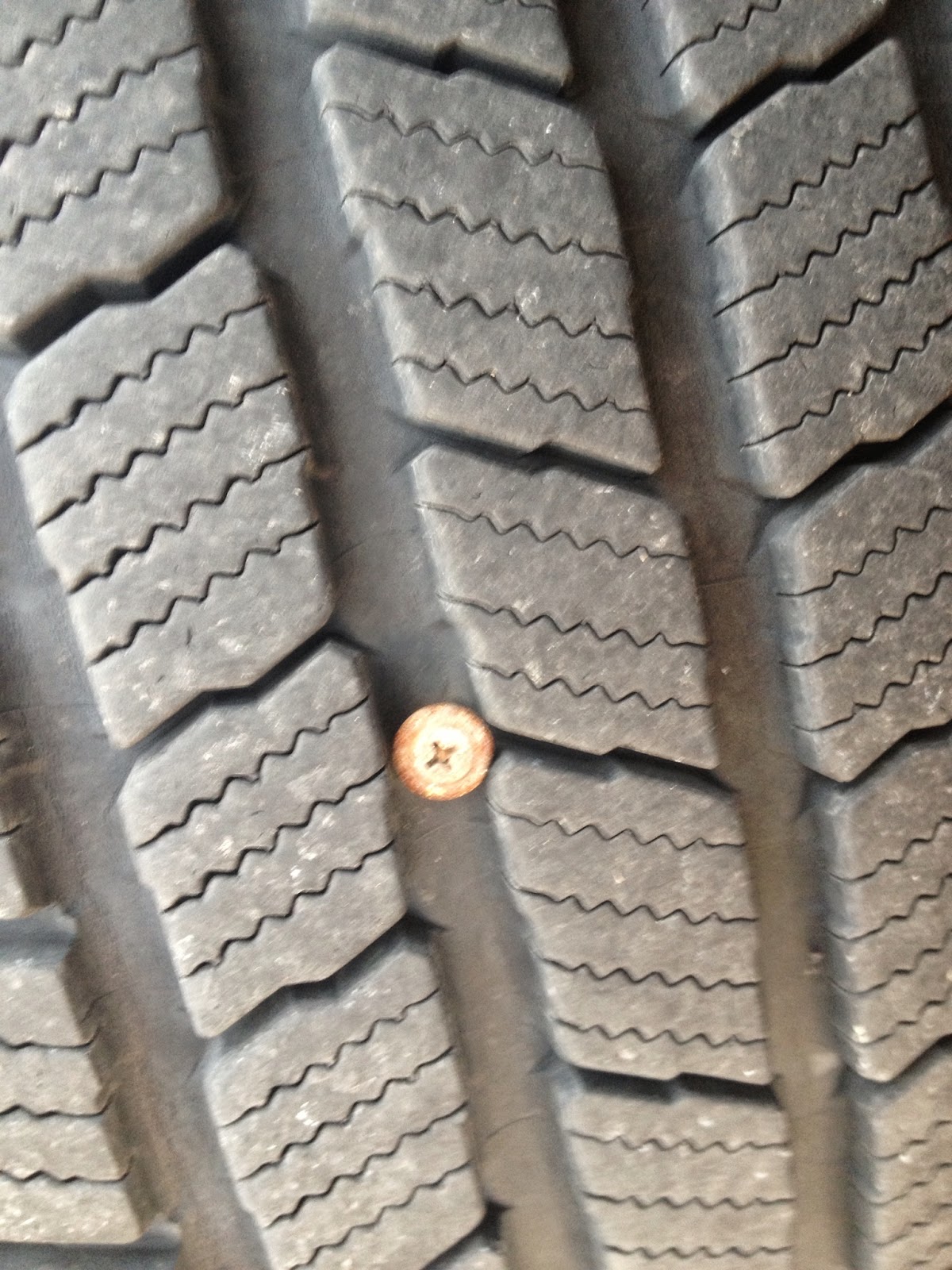 Yup....screwed!!  Well being the handy mechanic that I am, I quickly repaired it (ie: I drove to the gas station, to pump it up and hoped it would hold for the day), and on I went.

Lois drove Fig and I out to Paris, then took off with MaRiot (yes my mother is visiting this week)...to meet us at the finish later.  Fig and I joined up with his race team Rock & Road Cycle, where Saywell, Blaze, and Duke (who are all on the team) were preparing (and a few others who are too fast and skinny for me to remember their names). 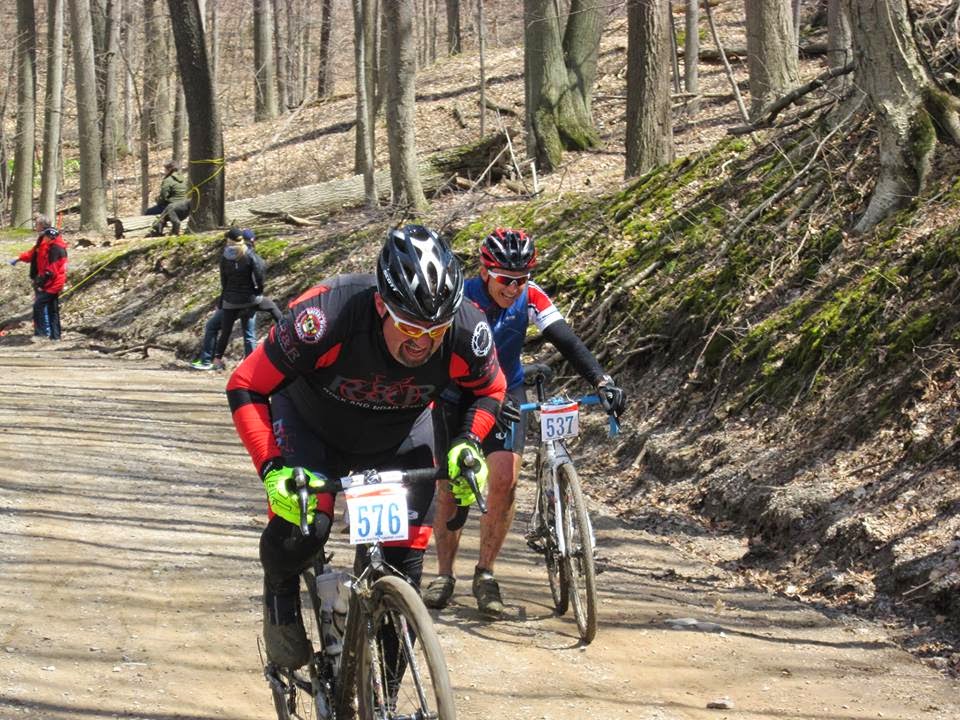 We all wandered down to get into the start paddock somewhat late...we were well back in the paddock... 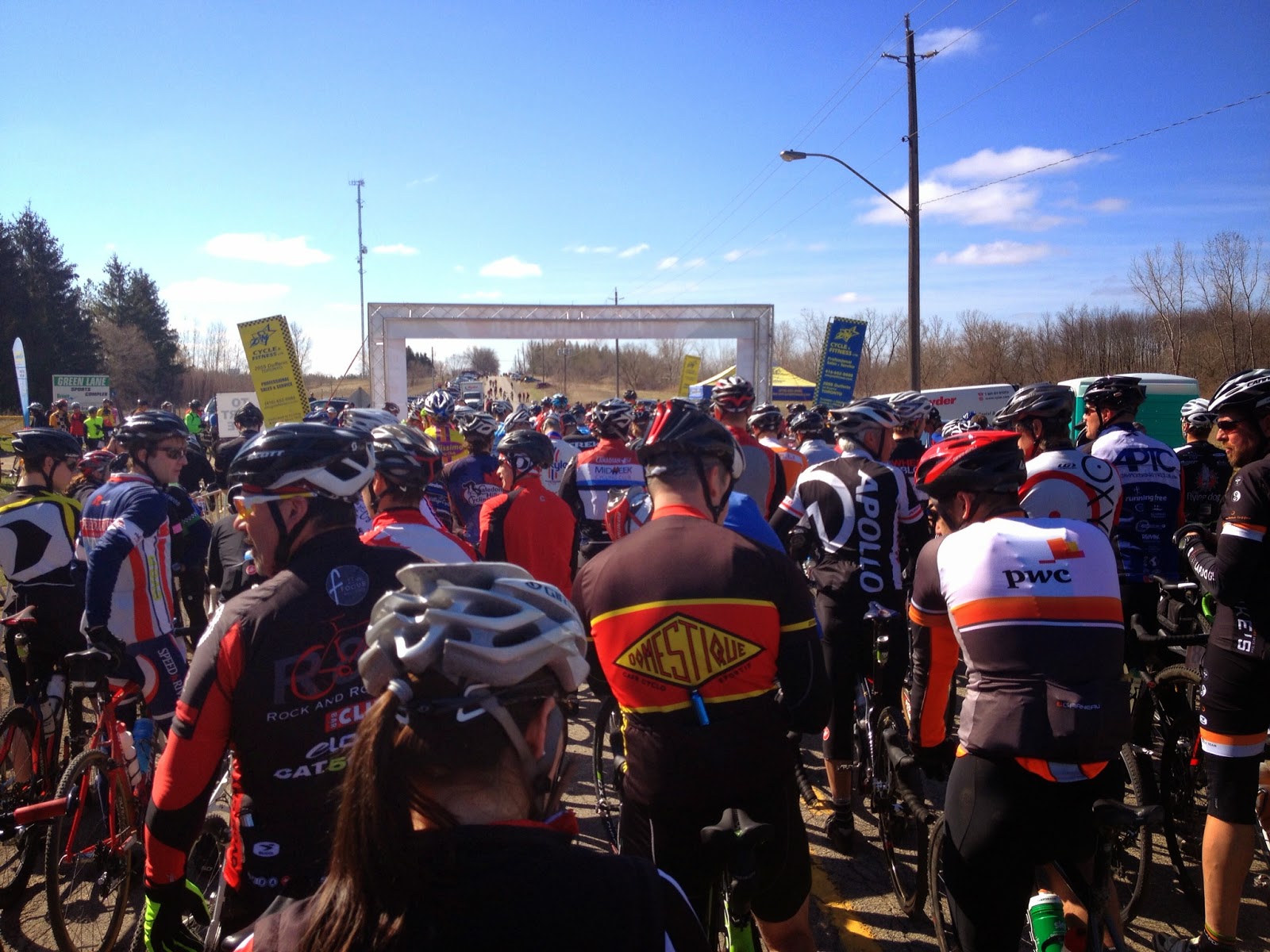 Yeah...Martin, and Spinner (evil opponents I was hoping to vanquish) were at the very front of this pack.  It would be tough to catch them...if not impossible.

Anyways off we went.  At fricken breakneck speed!!  Superfast start!!!  And I had not properly warmed up...I felt like I was riding in 3 feet of water...sluggish and slow.  And the start of this race is always a bit of a mess...from sketchy road corners, to sketchy potholed gravel...where a rider went down in the middle of the pack, causing mayhem....to a bottleneck in the railtrail.  The Rock & Road team had separated and pulled away from me in the mess...and I pursued, and managed to catch them...just as we came out of the railtrail.  Then it was up the first sketchy steep loose but short climb....and riders in front were off their bikes....and running.  So again, I got separated from the Rock & Road team...and the next kilometer after the loose climb was a soul sucking false flat...I could see them a couple of hundred meters ahead, but I had blown myself up to catch them the first time...and I knew I wouldn't catch them here. 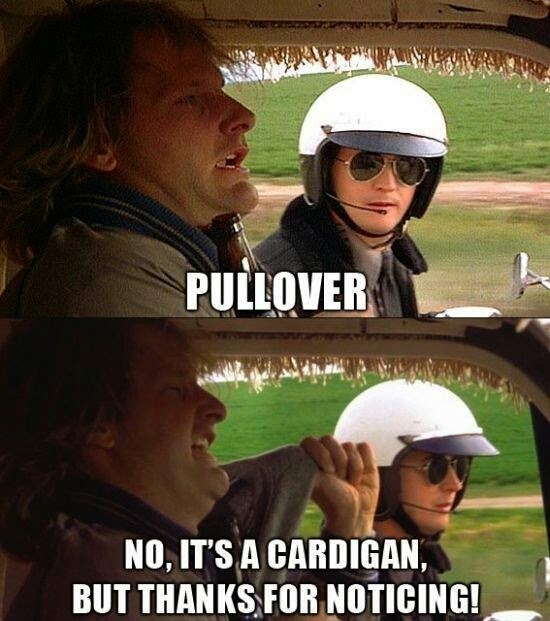 What the heck is that??  I don't know...just thought it was funny...and it kind of fits...if you look at it out of the corner of your eye...

Anyways...it took me at least another half hour of racing to rightly warm up...then I was ready to go.  And so I went...catching a group and drafting (I am learning this skill...kind of...); waiting for a faster group to go by...then draft them.

The problem, for me...with the drafting thing is that you always feel that your group is going too slow...but they are going faster than you can go by yourself.

About an hour into the race...I reached into my 'bento' box for food....grabbed a gel and the entire contents of the box caught the wind and went scattering behind me.  Well great...no more food...well let's see how this plays out.  Hopefully, better than this... 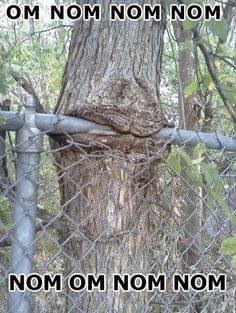 (In the end, the missed food didn't really come into play...)

So through the rolling gravel roads...through the muddy double track...over the energy sucking, lung tearing soft grass of the farmers fields...and the crazy mudslides...

Stacking it in a mudslide

Anyways, on I went trying to catch anyone I knew.  I eventually caught Duke, and meandered on.  Then I caught Blaze unexpectedly on a road section...then I think he partially Figged out in one of the soft farmers fields....and off I went. 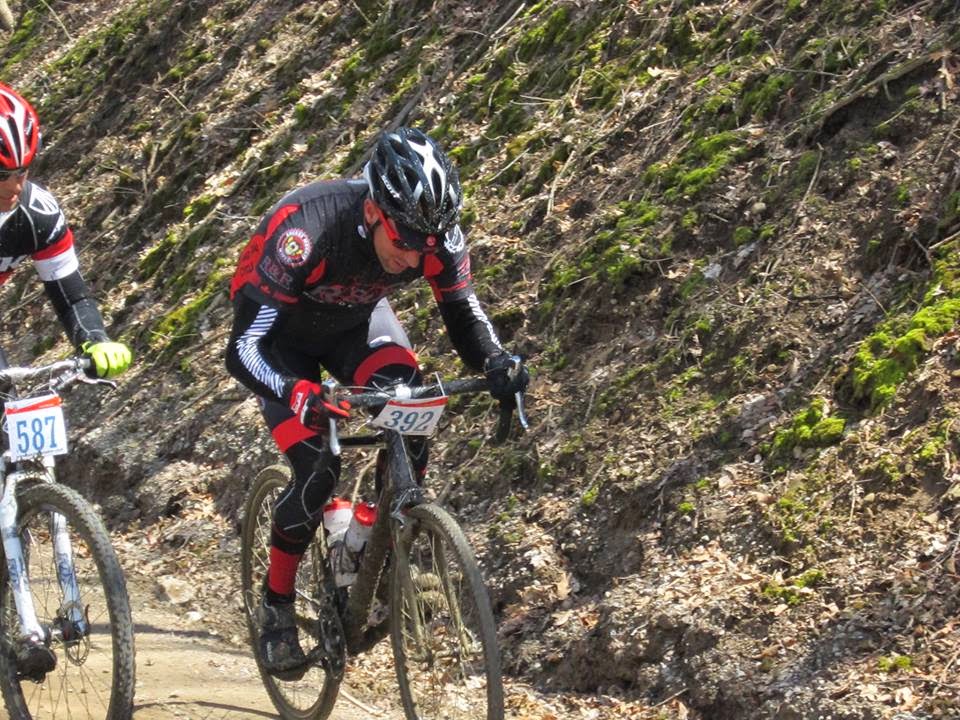 After the final mudslide (which seemed to go on forever...), I knew there was only about 5kms to go...so I gunned it (well it felt like I gunned it...).  With about 3kms to go the course came down a narrow gravel road descent, under a bridge...was very, potholed and curving left.  Cruising under the bridge about 40km/hr I ducked inside the left curve to pass a small group of 3-4 riders...just as they cut left to avoid a pothole or 4.  One of them caught my front wheel, and boom!!!  Down I went...onto the hardpacked road.  I scrambled up before I could realize if anything hurt...gave my head a shake to work out the cobwebs...looked down to see a piece of my helmet on the ground, picked it up and put it in my teeth; then carried on...gunning it...sort of.  Felt kind of like this... 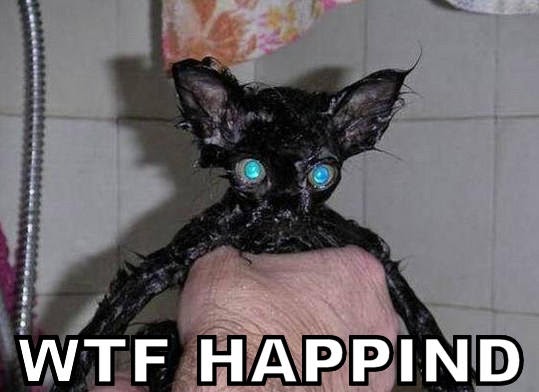 Then the last km...Martin's hill...a climb...muddy and deep holed at the bottom...starting at about a 6% grade...working steeper to a 12% grade near the top, of looser gravel with narrow bands of clean hardpack...a complete lung shredder after 65 kms of racing.  Really separates the determined from the sheep...many end up walking it.   Then once over the hill (ya that' me...over the hill), its about a 50m dash to the finish...(dash??  haha...)....then it is totally OK, to Fig out....Saywell....or just cry...

Anyways...as it turns out...Fig and Saywell had an epic race to the finish where Fig edged out Saywell (they beat me by 5 minutes...dammit).
Fig on the final climb (yes he is smiling cuz he is a few bricks short of a wheelbarrow)... 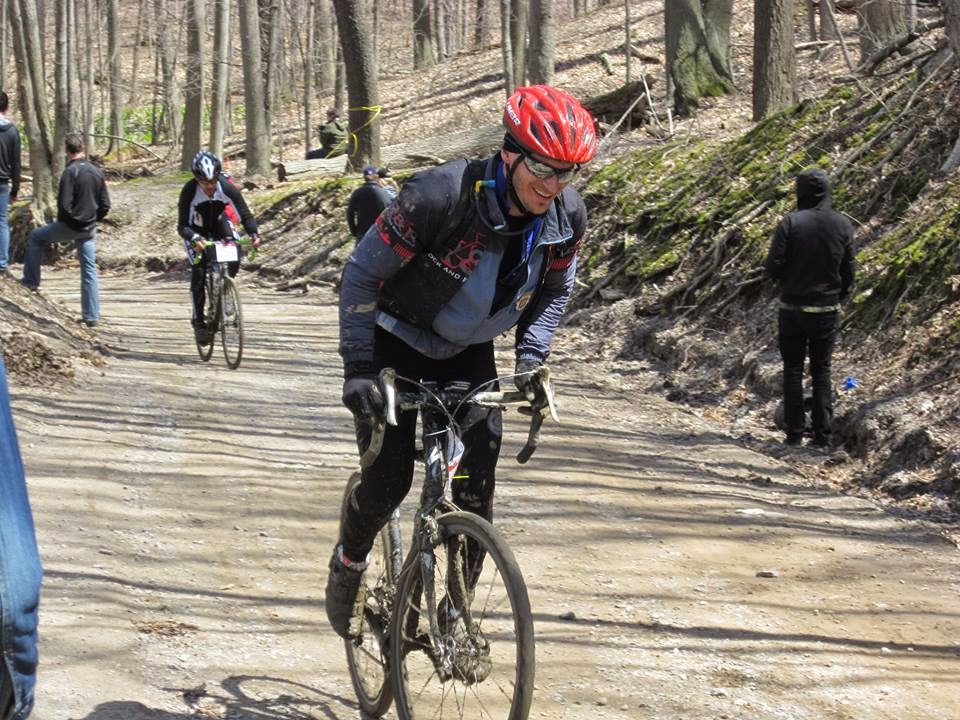 Saywell on the final climb (see Fig in the background gaining on him...) 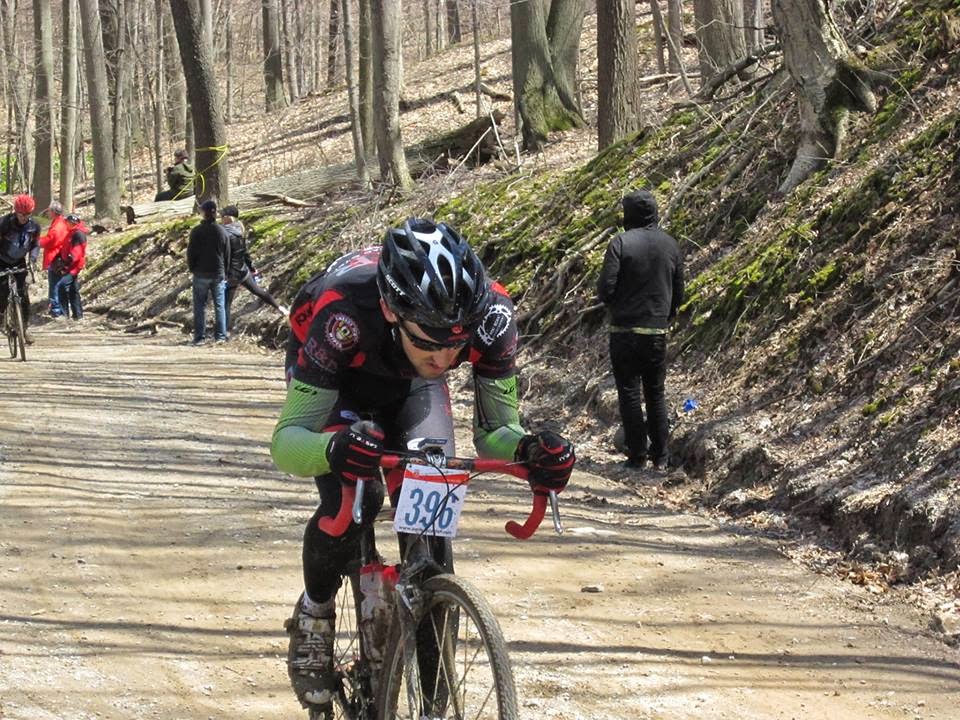 Fig and Saywell made up at the finish... 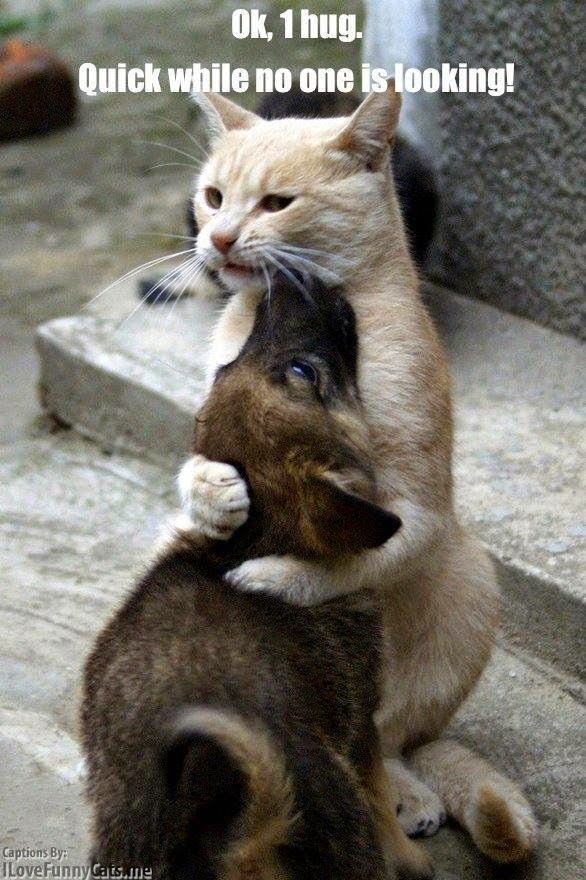 Anyways...Oggie...a machine of an adversary I am working to catch...beat me by 2 minutes;  Martin and Spinner (remember...the front of the paddock boys...) beat me by 1 minute.  John kicked all our arses, finishing 55th!! 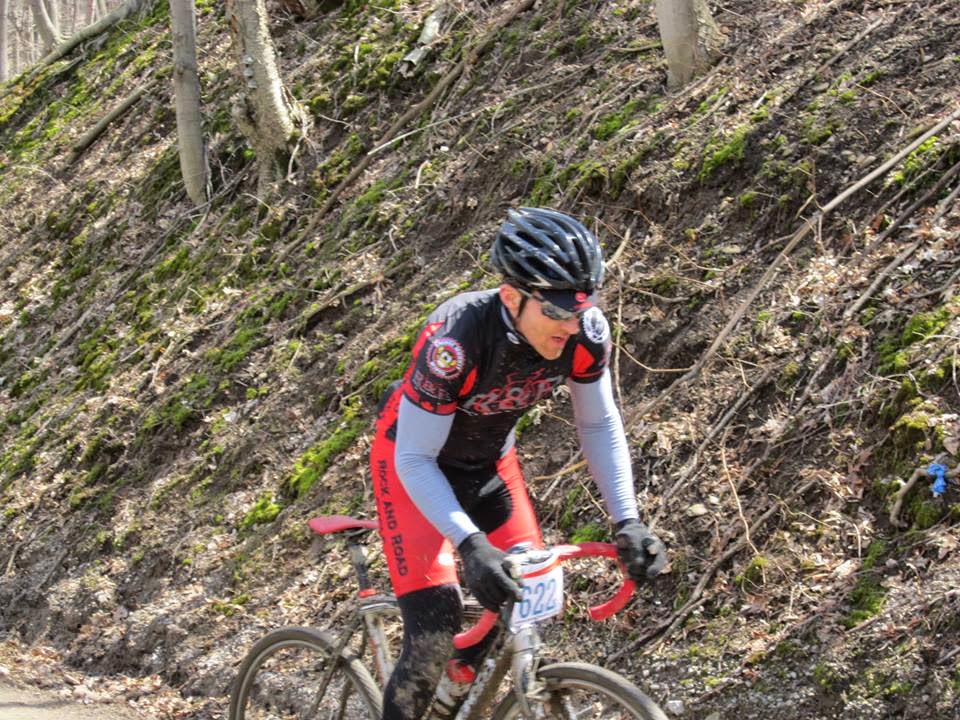 One last Kat pic (actually this is John's motivation...) 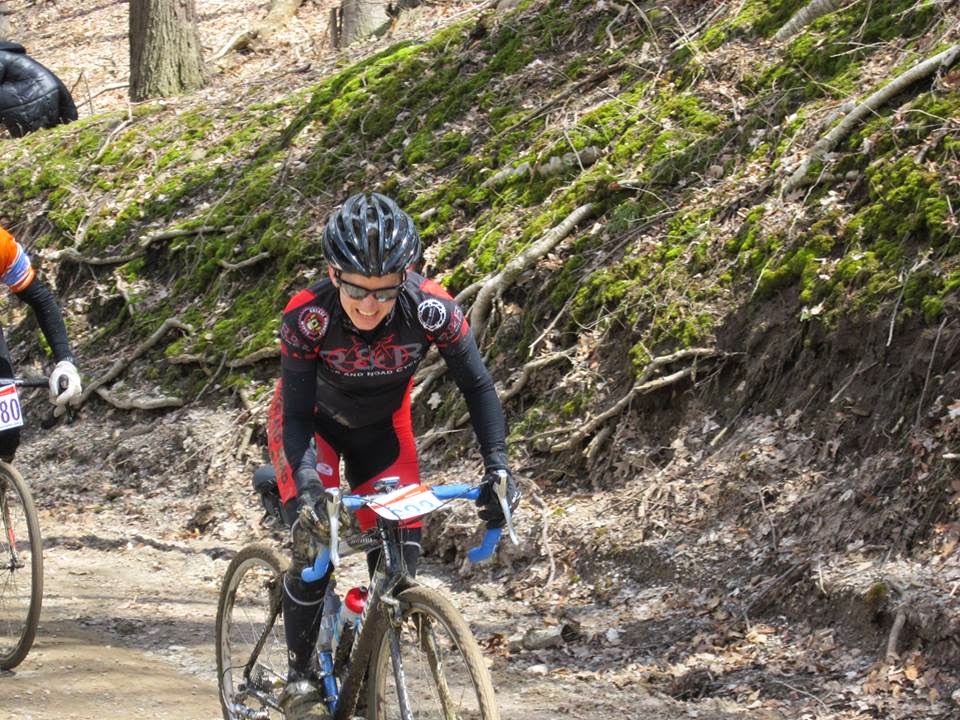 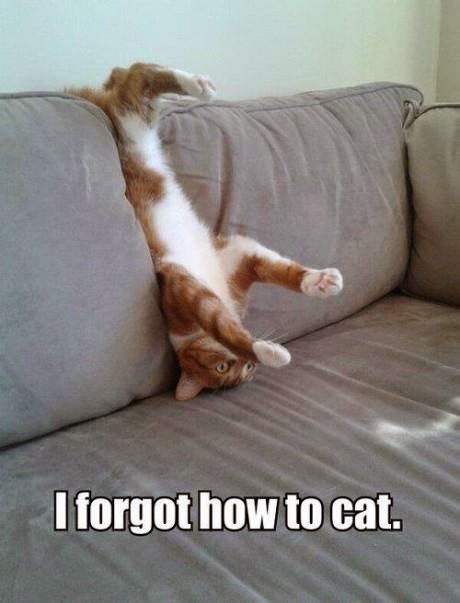 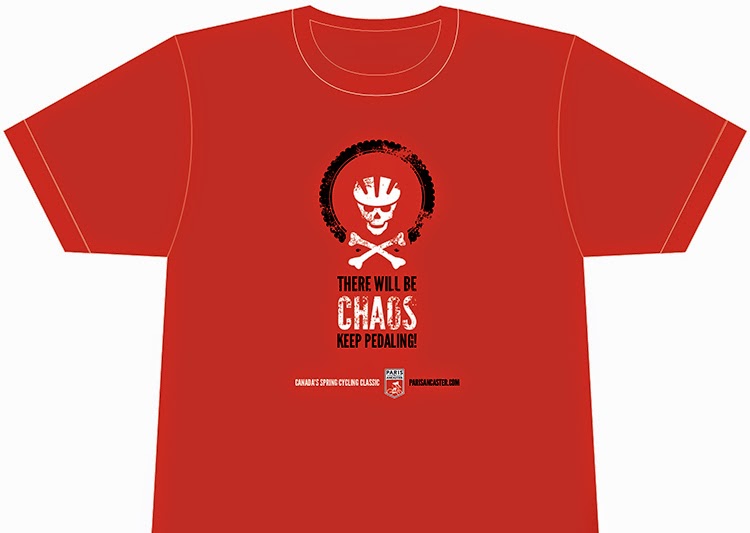 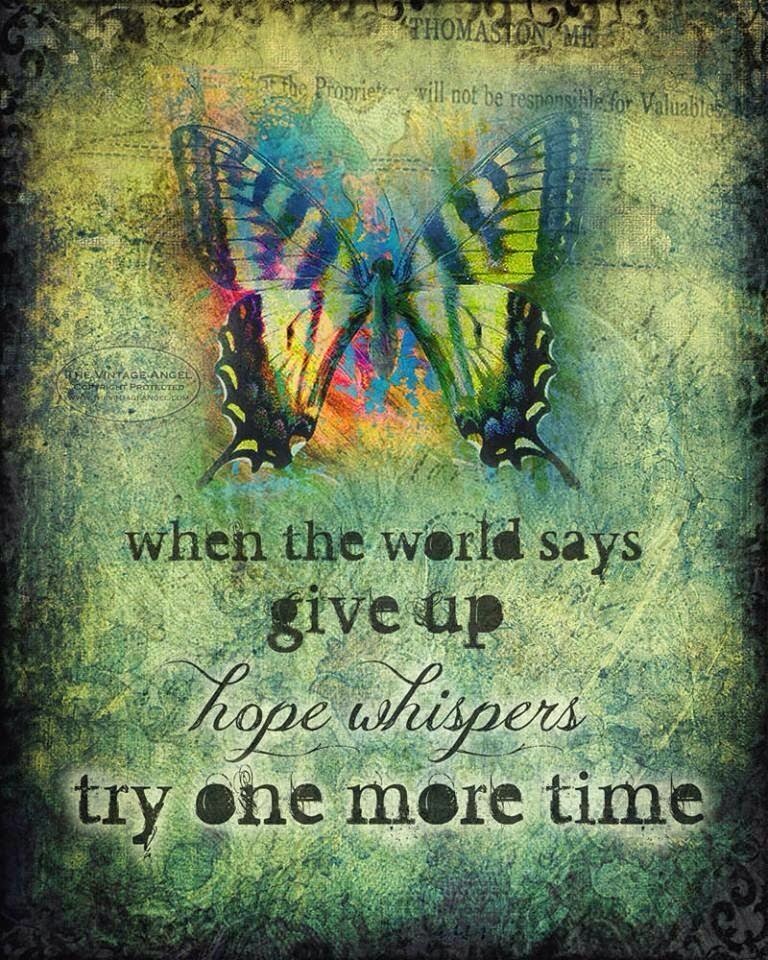 PS:  If you are not completely bored to tears yet...here is a local TV stations (CHCH) report on the race.